You Are Not a Dirty Girl 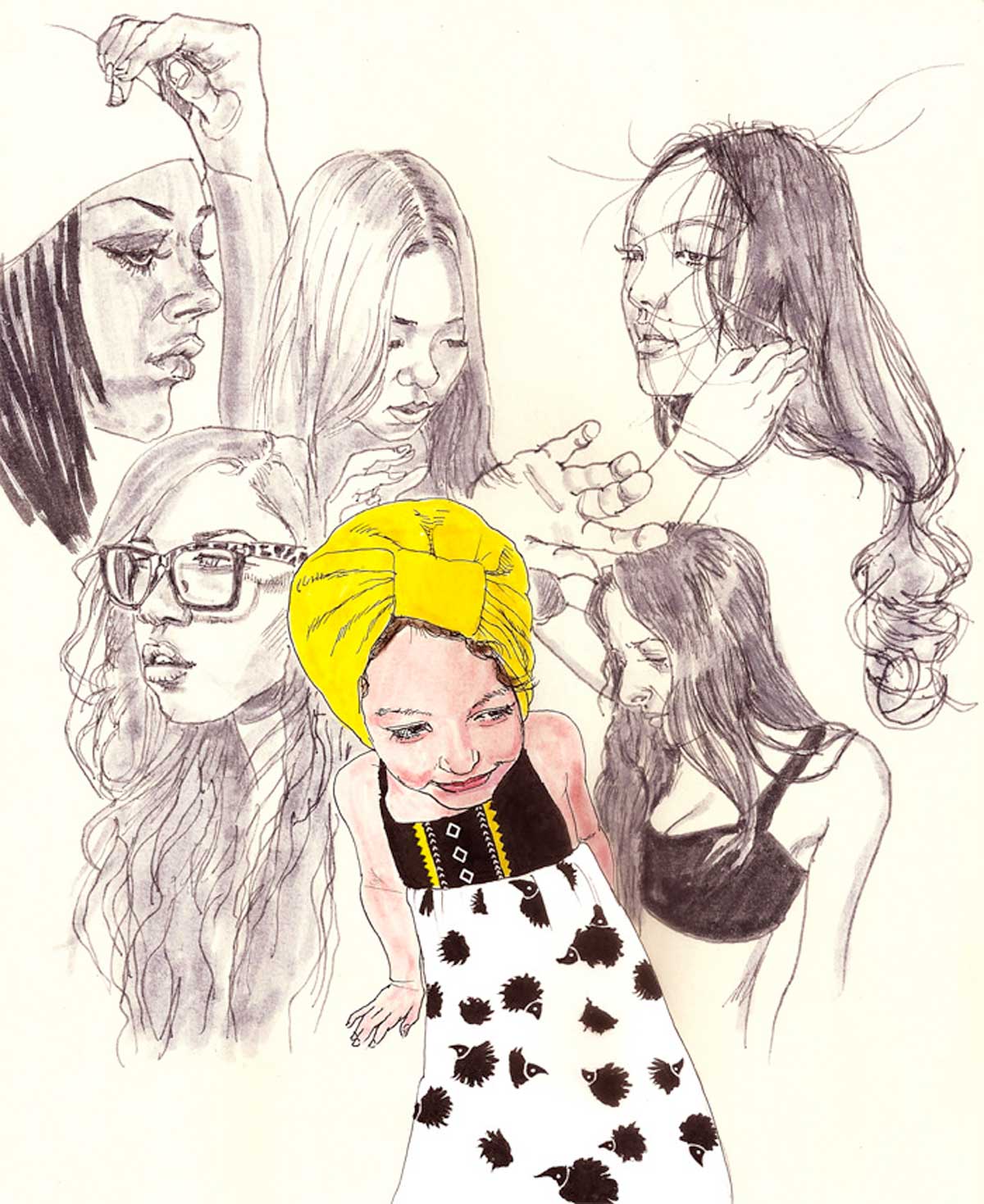 When I was a little girl, I was excited by everything and totally unafraid of making a fool of myself or failing. Because I never felt the need to prove myself, I only did things that really inspired me. I certainly wasn’t a dirty girl.

I wrote poems and dramatically read them to my class.

Calling myself an undercover mermaid, I even wore an Ariel costume under all of my clothes.

I created mudslides in the pouring rain; started a “restaurant” in our garage and sold saltine crackers for $1 a piece. Starring in dance performances at family gatherings with zero concerns about what other people thought of me was the norm. I thought I could do no wrong.

But then, one day when I was 7, my world came crashing down on me when I was sexually assaulted by an older boy.

I thought that I would never feel clean or good again. There must have been a part of me that wanted it to happen. Some sick, gross, dirty, bad, wrong part of me. I felt like the dirty girl.

The next 13 years of my life were consumed with trying to compensate for feeling dirty and not good enough. I didn’t want anyone to know that I was secretly a bad girl, so I did everything in my power to be good. In middle school, sometimes I slept only a few hours a night to make sure that I got perfect scores on my exams.

But I still didn’t feel clean; didn’t feel good enough. There was a deep-rooted fear that others would find out my secret. That I was bad.

In high school, I was in all honors classes and still got straight A’s. I held leadership positions in four different clubs and was captain on the debate team. My time was spent volunteering, teaching classes, starting my own tutoring business, and writing for the school paper. On top of all that, I went vegan and became an animal activist. I was stuck in The Achievement Trap.

Still not good enough, still not clean. I must be a dirty girl.

Soon, my need to prove my worth extended beyond just grades, extracurricular activities and accomplishments. I looked at my body and thought that any fat that I had might reveal to others that I actually wasn’t good enough.

I thought it might betray to the outside world that I was actually bad and gross.

So, I started dieting.

To feel clean again, prove my worth, hide the bad part of me.

I was already restricting. The thought that I would have to restrict even more to feel good enough was sickening. I felt desperate as I cried and hyperventilated in the bathroom stall. From then on, I ate less and less.

I’d frequently check the back of my thighs in the mirror. If I saw dimples, I’d eat even less. I’d bend over to check if my skin rolled. If it did, I took it as a signal to eat even less. My constant mental analyzation of how many calories I took in and burned completely prevented me from connecting with others and enjoying life experiences.

Then, I was diagnosed with anorexia. Although the modeling industry told me I looked great, my doctor told me that my body had begun to eat away at my liver.

I dieted in order to numb myself from the feeling of being bad that crept in whenever I wasn’t achieving.

The emotional hunger I suppressed was so much greater than my hunger for food. I also suppressed my cravings for nurturing, self-acceptance, pleasure, vulnerability, connection, and relaxation. It seemed wrong to want these things.

The restrictive eating, straight A’s, and over-involvement persisted in college. On top of modeling and working two part time jobs, I founded and ran a farm animal activism club that won “Organization of the Year.” I got a leadership service award. I held weekly community dinners and activist conferences. In efforts to be good I didn’t drink or party, I went to the gym nearly every day. I was so good.

I felt that if I slowed down, let up, or released some control, that the floodgates would open. The shameful parts of myself that I had worked so hard to hide for so long would be revealed. I feared that others would finally figure out that I was actually a bad, wrong, gross little girl.

I feared that if I let down my defenses, that no one would love me anymore. Truly  unleashed the real me meant that others might discover the ‘bad me’.

One day, I was feeling disgusting because I had eaten a big muffin for breakfast and I thought I could feel the calories turning into fat on my body. My way of fixing this feeling was to run so hard that my body had to consume every undeserving piece of me. I was trying to run from myself.

But it wasn’t working. I ran harder and harder and I wasn’t feeling any better-wasn’t getting any cleaner. I felt tired and hated myself for being so weak. So, I ran even harder.

And then, somewhere from the very depths of my being, an answer came.

I had spent the majority of my life trying to achieve enough so I would feel worthy. But the worthiness was not coming.

This realization made me stop dead in my tracks. I crumbled to a heap of sobs in the grass.

I had achieved everything that I had set out to achieve, yet I didn’t feel any better about myself.

And I suddenly understood. My worthiness wasn’t coming—because it was never lost.

I had forbidden myself from everything that I loved about life—relaxation, connection, laughter, joy, spontaneity, fun. My thoughts told me that if I just achieved enough, that one day I would earn the right to love myself again.

The thing is, I never lost my right to this in the first place. I had it all along.

Years of self-torment came cascading down upon me. In a flash, I realized how absurd it was that I had been torturing myself all that time.

I was trying to repent for being a weak, bad girl. When in reality, I needed to love that little girl inside of me who felt weak and bad. I didn’t need to punish her anymore. There was no need to destroy her.

I needed to embrace her, accept her, love her, allow her, let her be seen.

And in that moment, with that realization, I became free.

There was nothing left to prove- I had been worthy all along. I realized that I deserved to feel good and do what I love. I had never been a dirty girl.