Reasons Why You Should Be Yourself | Recovery Warriors 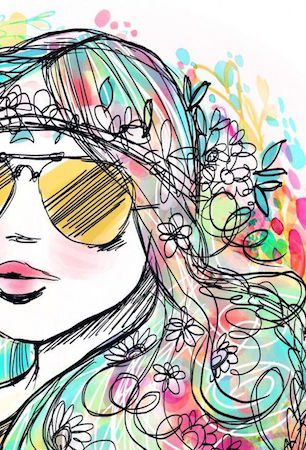 Don’t let the noise of others’ opinions drown out your own inner voice. And most important, have the courage to follow your heart and intuition. They somehow already know what you truly want to become. Everything else is secondary. – Steve Jobs

In a world that wants us to fit in it’s challenging to follow our own trail and live our lives according to our own values, dreams and beliefs. Many people find themselves living up to other people’s expectations and living someone else’s idea of what their lives should be because it’s safer, easier, familiar. It’s easier to follow the well known path of least resistance rather than creating your own unique path based on your own dreams and passions, and running the risk of being judged, criticized, or rejected by other people. Somewhere along the way, social acceptance became the norm and standing out or being different got labeled ‘being weird’.

Ever since I was a little girl I used to believe that in order to be accepted and liked by the people around me, I had to look, act and live my life in a certain way. I was constantly worrying about what others thought of me and desperately looking for social validation that proved I was good enough. In my desperate search for social acceptance and love, I changed everything about me that made me authentic and unique, and instead of making my own decisions I just copied others’. I spent the first 25 years of my life living like this, wearing masks, forcing myself to be someone I wasn’t and trying to fit in. I ended up feeling depressed, unhappy and disconnected from my soul, resulting in an eating disorder that lasted for over a decade. Rules about food and exercise were my only coping mechanism and my true feelings became inaccessible and were buried under a thick layer of Anorexia.

It wasn’t until my late 20s that I realized how many years of my life I had wasted living up to other people’s expectations, rather than living up to my own. Once I stopped worrying about other people’s opinions a magical thing happened; I experienced a sense of freedom I had never felt before. And when I stopped trying to fit in, I was able to connect with my true self and listen to my own voice.

Don’t be afraid to follow your heart and embrace who you really are deep down inside, and more importantly, don’t let other people’s criticism, opinions or judgments distract you from building a life that you want. Remember that most people criticize you for being yourself is because they are too afraid of doing the same thing.

So let go of who you think you’re “supposed to be” and allow yourself to go where your heart leads you.

Allow yourself to be you.

Find Treatment and Support in Your Area