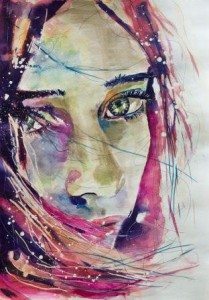 “Dual-diagnosis treatment,” as the clinical lingo calls it, is a tricky beast. When someone goes into eating disorder treatment, substance abuse issues may be overlooked, minimized, or just lightly touched on. Or if they go into substance abuse treatment, an eating disorder (or disordered eating) may very well fly under the radar —whether it’s intentional hiding, or the person is in denial and the treatment providers either don’t see it or aren’t too concerned with what they do see. Both scenarios are often the result of not asking the right questions, or taking a “one-size-fits-most” treatment approach.

Treatment that truly treats both issues, rather than just treating one and trying to triage or “contain” the other behavior, is much more uncommon than you’d think.

I have had many clients who may have come into treatment disclosing pretty openly about their alcohol use, but not the level of their ED behaviors. Or clients who were pretty open about their ED, but seriously minimizing substance abuse. Usually with time (and sometimes collateral information), this becomes apparent and we can confront it with compassion and concern. Sometimes, the client comes to this realization and ownership on its own. It is powerful and humbling to walk side-by-side with someone who is gradually stepping further out of denial and other defenses.

If you’re someone who is struggling with an eating disorder and substance abuse issues, here are a few important things to keep in mind:

It usually all boils down to emotional avoidance and anxiety regulation

Most “maladaptive coping mechanisms” (AKA self-destructive behaviors) are used in an effort to mitigate anxiety, painful emotions (especially shame), and the thoughts that accompany these feelings. So, the core message is, “I can’t tolerate feeling ______, so I will drink/restrict/use/binge etc. to get rid of it, or to short-circuit and avoid it altogether.” This is why with behavioral therapies like DBT and ACT, there’s a big focus on acceptance of the reality of pain, and finding ways to cope with it rather than needing to shut it down entirely. It might be clear to you by now that no amount of alcohol or purging can truly keep anxiety and shame at bay (in fact, they often create more), but guess what — no amount of therapy or 12-step meetings or hours on the meditation cushion will keep those things at bay forever, either! It’s about learning how to better relate to our difficult emotions and thoughts, instead of how to better “control” them.

They’re the same… and they’re not

Since the motivation and underlying pain is often the same regardless of the surface behavior, we can draw many parallels between substance abuse and eating disorders.Therapists, addictionologists, dietitians, 12-step sponsors, etc. often have very strong opinions about how closely or not closely they are related. Is an eating disorder a “process addiction” or is it a mental health disorder more similar to depression or anxiety? Can a person be addicted to sugar, addicted to the food itself, or are they “addicted” (compulsivity) to the behavior of eating certain foods? Ask five therapists these questions and you’ll probably get five different answers. You can find research that supports even the most contradicting views.

While I won’t get on my soapbox about this here, what I will say is that when it comes to eating disorders and substance abuse, there are a lot of similarities and a lot of differences. One of my favorite metaphors (not sure of the original source) describing this is:

Regardless of your stance with “abstinence” when it comes to certain types of food (usually we see that it leads to more ED behaviors), we can’t abstain from eating like we can drugs and alcohol. So, drawing too many parallels can get a little convoluted and off-the-mark.

With our guided meditations

It sucks to tackle both issues at once, but it’s so much more effective

If you’re hanging out at Recovery Warriors, chances are you are in some phase of recovery from an eating disorder. You may—or may not—have substance abuse issues. It can be confusing and hard to define what it really means to “have an issue” with it, because these kinds of things (like most of life!) are not black-and-white. But even if you think that you might have a substance abuse issue, I strongly encourage you to get help for both at the same time. What we see happen so often is a version of the “whack-a-mole” game, a common recovery metaphor where you work on one issue and then another one (or two more) pop up in its place.

So, if you’re just working on the eating disorder and have some level of substance issues, there’s a very good chance that when you start to let go of ED behaviors, the substance abuse will get bigger; or vice versa, if you’re just working on substance abuse and not addressing the ED, than those behaviors intensify. Why? Primarily because your brain is not being challenged to really come out of that “avoidance” mode, so it just channels that emotional avoidance/numbing into new behaviors. Even if it’s not more ED, drugs or alcohol, it could be compulsive acting out with shopping, gambling, sex, overworking, self-harm — you name it.

Getting reconnected with your capital-S “Self” involves getting to the core, brushing away all the parts that are keeping you from being fully alive.

The relapse risk is much higher when you don’t work on all the self-destructive behaviors, because if you’re self-punishing or numbing or holding secrets in one area, it’s only a matter of time before that expands to other areas/behaviors.

The bottom line is that if you’re struggling with both of these issues, I want you to know that you can recover from all of it and not need any of the destructive attachments or addictions to feel “okay.” You are worth full recovery, and as they say in the 12-step rooms…. half-measures avail us nothing!