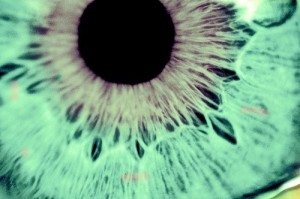 Eating disorders are often a matter of semantics. I don’t mean in terms of diagnosis and how they are referred to, but the language that perpetuates them and keeps individuals trapped. The way in which people suffering with an eating disorder speak to themselves is often very negative, facilitating a sense of confinement and suggesting that the habits and states are permanent. It’s a negative cycle that consists of negative thought patterns that keep you stuck and prevent you from moving forward. Changing the way in which you phrase certain thoughts can radically alter the emotions they evoke, and offer more liberating alternative modes of behavior.

Using words that promote a feeling of responsibility and positivity means that change seems possible. Motivation and self will are very important in eating disorder recovery, and these are things that individuals must take responsibility for.

How many of the following phrases do you use? Can you make a conscious effort to try some of the alternatives, noticing how they make you feel and what the enable you to do?

Instead of: ‘It is too hard.’
Try: ‘It makes me feel uncomfortable.’

Instead of: ‘It’s not fair.’
Try: ‘I don’t like the situation, but I can choose my response.’

Instead of: ‘That is scary.’
Try: ‘I have uncomfortable feelings when faced with X but this is a learned response that can also be unlearned.’

Instead of: ‘I need to do X.’
Try: ‘I have urges to do X but can choose whether I respond to them.’

Make it your goal this year to switch to more positive sentences that do not keep you in your eating disorder, but allow you the space and choice to break free from its shackles.

Can you think of any other examples? How could you rephrase them in a positive way?