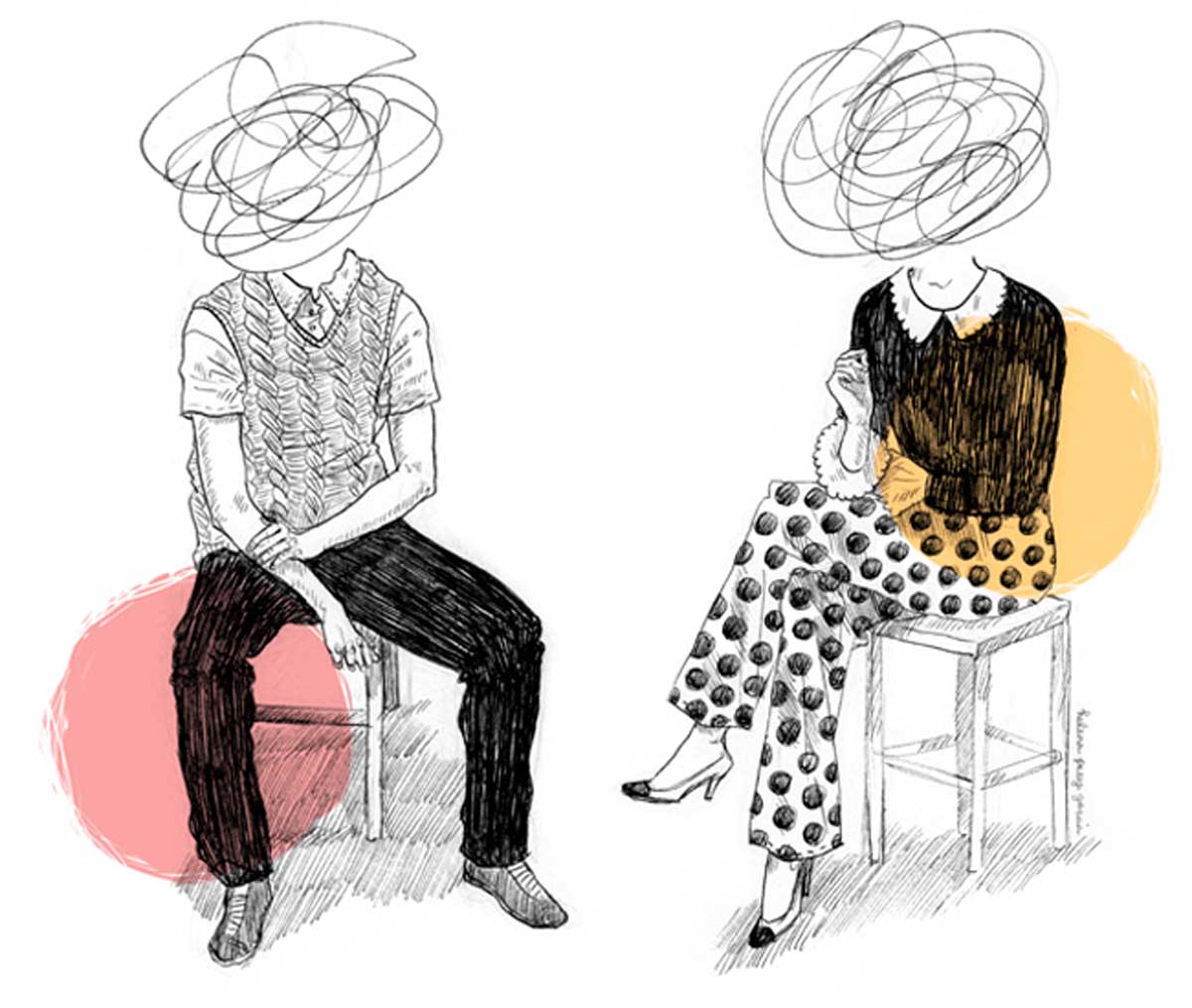 I’m standing in line at the grocery store behind a stranger, silently hoped my three year old won’t have a tantrum while we wait.

The man in front of me asked the cashier for some cigarettes.  He turns to me, smiles sheepishly, and says,  “I’m moving on to stronger cigarettes. Stronger is better!”

Thinking he was being friendly, I laughed and said, “No, I don’t think so.”

Without missing a beat, he looks me in the eye and says, “I’d rather smoke than be fat.”

Then he pauses, then adds emphatically, “Fat people are disgusting.”

So many thoughts are running through my head.

Is this guy for real?

Was he telling me this because he thinks I’m fat and I’m disgusting? What does the clerk think of this conversation? Is my son listening?

I couldn’t stay silent. I could no longer be the people pleaser who was taught to make sure everyone is happy.

As my heart raced, I loudly said,

Well, that is your opinion. And it’s a sad one.

He couldn’t leave it alone. “It’s true. Fat people are disgusting. They never want to hear it but they are!”,  he exclaimed while he stared at me with his piercing eyes.

I stared back and said,

You know what is more disgusting? Hate! Hate is disgusting.

The man continued to say over and over, “Fat people are disgusting.” I felt anger and pain raging inside of me.

At this point, something inside me shut down. Perhaps I realized I was not going to change this stranger’s mind. Or maybe I was just fearful of what this man may say or do next.

So at this point, I looked away, began loading my groceries onto the convayor belt, and silently willed my pounding heart to slow down.

Letting it all out

By the time I loaded my groceries into my car, I was physically shaking. Finally in the driver seat, I sat there dumbfounded for a few moments.

And then, the tears began to fall.

Sitting in my car, let it all out – for so many reasons. I cried because I am raising three little boys in a world where most people would rather fill their lungs with poison than allow their body to become its natural shape and size if that size happens to be larger than what our society deems “okay”.  I cried because most people are ignorant about health and it’s link to weight.

And I cried because it is still totally acceptable and common in our society to judge someone based on their outside appearance. I cried for this stranger’s hate, prejudices, and hurtful words.

If I am honest, I also cried because I used to feel that way too.

Tears fell for the girl I used to be. A girl who was so afraid of being fat that she starved herself and made herself throw up for years. I cried for the way I have judged other people. Because that’s not okay and should never be okay.

And I cried because I feel so completely overwhelmed by the hatred, the ignorance, and the misinformation in our society.

A ghost of the past?

And then I thought some more about this stranger and what he represents to me.  I even imagined maybe his name is Ed. Looking back on how I have treated myself, I realized his words that cut like a knife are very familiar to me.

They are words I have used towards myself.

Whenever I thought I ate “too much” I told myself I was disgusting. If I didn’t fit into a size I believed I should fit into – again, I called myself disgusting. When I caught a glimpse of myself in a mirror or saw a picture of myself – disgusting came to mind.

But after hearing this word come out of a stranger, I thought about how hateful and hurtful it is. Just as it is not okay for him to call others disgusting simply because of how they look, it’s also not okay for me to call myself disgusting.

Hate and judgement are SO MUCH more disgusting than the shape of someone’s body.

I would like to say that I feel proud for speaking up at the grocery store, and for using my voice to stand up for what I believe in and challenge a stranger.

I know that a year ago, I would have never spoken up. Three years ago I would have agreed with him.  But I do not feel proud.

I feed sad, overwhelmed, and afraid for this world. But mostly I feel suffocated in a world filled with this much judgement based on outside appearances.

So the next time you catch yourself using words like “disgusting” to describe yourself, think of my “friend”  Ed at the grocery store.  And make a conscious decision NOT to spread any more hate into this world, whether aimed at someone else or at yourself.

Because judgement and hate are the most disgusting of all.