The Struggle is Real: Eating Disorders and Pregnancy | Recovery Warriors 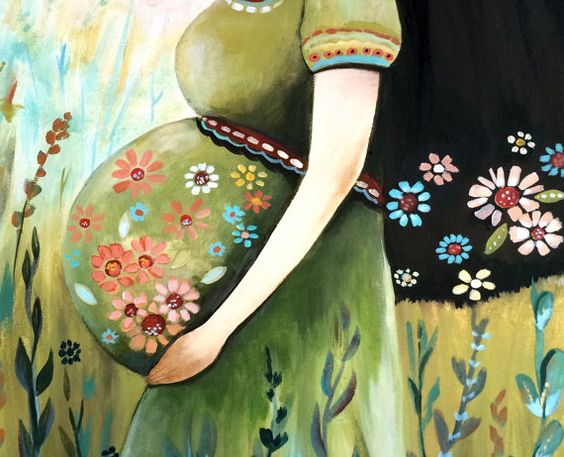 Being asked to gain 25-35 pounds over a span of 40 weeks is an anxiety-ridden request for someone recently in recovery from an eating disorder. Yet, for a healthy pregnancy and healthy baby, that’s just what most OB/GYNs will ask you to do.

As most in recovery know, these thoughts, even if not acted upon, do not magically disappear entirely while in the midst of recovering. This takes years of effort and hard work and I’m personally not quite there yet. But through learning to let go of my perfectionistic mindset, I know that’s okay. And perfectly normal. But reality is I’m pregnant with my second and I want nothing more than to be free of disordered thoughts right now.

Older Women and Eating Disorders on the RISE

Disordered eating and disordered thoughts are not uncommon in women of child-bearing age.  According to Kimberli McCallum MD,CEDS,FAPA, Medical Director, McCallum Place, experts in the field are reporting increased women in their 30s and 40s who are starving themselves, abusing laxatives, binging/purging, or exercising to dangerous extremes. Some of these women have been struggling since an onset during adolescence. And some have developed their eating disorder later in life. Often due to triggers ranging from difficult life transitions to uncontrollable circumstances. And, childbearing years nowadays, lands smack dab in rising at-risk age group.

Along with pregnancy come hormonal changes, mood swings, food aversions, and sensitivity. All of which can trigger thoughts of wanting control and turning to habits of restriction. For women who have struggled with anorexia before conceiving, weight gain associated with a healthy pregnancy may be triggering. While women who have battled bulimia may feel the urge to purge as the baby grows and the feeling of fullness ensues.

All the stereotypical views of eating disorders only enhance the feelings of shame for a woman in active pursuit of recovery or still struggling while pregnant. Personally, I think this is why the statistics for eating disorders during pregnancy aren’t reported as high. Secret shameful hiding is likely common. From an outside perspective, it must seem so shallow and superficial to want to restrict and control weight during a time that is supposed to be joyous, celebratory. Creating a human being is a privilege and for someone who has battled an eating disorder, sometimes isn’t possible due to reproductive damage. How could one still fall back into destructive habits while carrying a child whose life is dependent upon your healthy habits and nutrition?

I still don’t know that answer. But what I do know is that eating disorders are extremely complicated mental illnesses with factors ranging from genetics to one’s social environment and interpersonal tendencies.

Breaking free from the claws of an eating disorder takes extreme amounts of effort, dedication, and commitment.

I felt extreme shame for having disordered thoughts during my first pregnancy and still feel that same shame right now. Though I’m recovered enough to not act on those behaviors, I can’t say they don’t haunt me on a daily basis.

Risk Factors and Complications During Eating Disorders and Pregnancy

The effects of actively engaging in eating disordered thoughts during pregnancy can, of course, be highly detrimental to both mom and baby. Some physical effects, according to the American Pregnancy Association, may include:

Support and Resources for Eating Disorders and Pregnancy

It’s important to tell your Obstetric doctor of your eating disorder history so he or she can closely monitor fetal development. For me, it helps that the team knows to blind weigh me so I’m never triggered by a number on the scale. Seeking active treatment throughout pregnancy if you’re still struggling is important and valuable for both you and your child.

Erasing the Stigma: There is HOPE!

There is still a lot of shame associated with struggling with an eating disorder during pregnancy. But by talking openly about it, and by having the right support system and mindset, you can get through it with a healthy baby to hold at the end.

Written By
Meggie Sexton
More from Meggie Sexton
I still battle with constant comparison in recovery. It’s been a threat...
Read More