What Do Perfectionism and Eating Disorders Have in Common? (Part 1) | Recovery Warriors 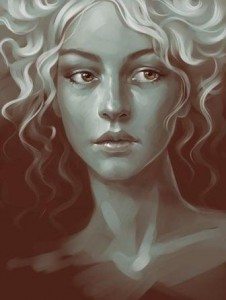 When I was a young girl growing up, there was a disc jockey on the radio who began each show with, “Good morning, everybody. Especially you size nine!” I remember feeling vaguely bewildered as to why girls of only one size got this extra, affectionate greeting from him, and I felt left out and somewhat envious of that prettier and perfect group of girls. And I was only a size 11! This hardly constitutes a traumatic event in my life and yet, almost half a century later, I still remember Cousin Brucie’s preference and how I didn’t fit in. (Fortunately, perfectionism is not one of my issues so I didn’t take his message too much to heart!).  I now have to laugh at the idea that if he were a disc jockey today his greeting would probably be, “Good morning everybody. Especially you size zero!”

Both perfectionism and eating disorder cause a person to suffer from unrealistic personal goals and self-defeating thoughts and behaviors.

The emotional eater feels she can never get her appearance right and becomes obsessed with rigid control over her weight and diet. She is excruciatingly self-critical because her goal of thinness can never be meet. “When I was anorexic and weighed 80 pounds, I felt just one moment of bliss,” Judy, a client of mine, described. “But then I wanted to eat even less to guarantee that my thinness was going to last. Even now, after therapy helped me to get more realistic, I still obsess about my eating and size about 50% of every waking moment. I guess that’s better than what I used to do which was 100% of my life!”*

Judy was the oldest girl in a family with six younger brothers. She learned early on that her “job description” was to be a little mother to her siblings. Her own needs were swept under the carpet as she strived to be the perfectly in control daughter. Her quest to also be perfectly in control of her body led to a bout of anorexia as a young teen.

Judy has made progress in modifying her perfectionism although she still has a way to go. But she feels more hopeful. When she had to stop her strict exercise routine during a two week trip to Italy, she reminded herself that when she got back home, she would begin exercising again, and that all was not lost by her taking a break. “It’s not as much of a tragedy any more if I can’t exercise perfectly,” she added. “I’ve come to accept that I’m human – with foibles – and that doesn’t make me a weak person.”

What is the allure of perfectionism?

People become perfectionists because they do not feel good enough at their core. Actually, they suffer from shame and try to compensate for this self doubt with the behavioral manipulation of dieting and excess exercise. Of course, no amount of external behavior can erase inner anxiety. As author Brene Brown writes,

The poet E.E. Cummings describes perfectly a remedy for perfectionism:

To be nobody-but-yourself in a world which is doing its best, night and day, to make you everybody but yourself – means to fight the hardest battle which any human being can fight – and never stop fighting.

*All names and identifying data have been changed for confidentiality.