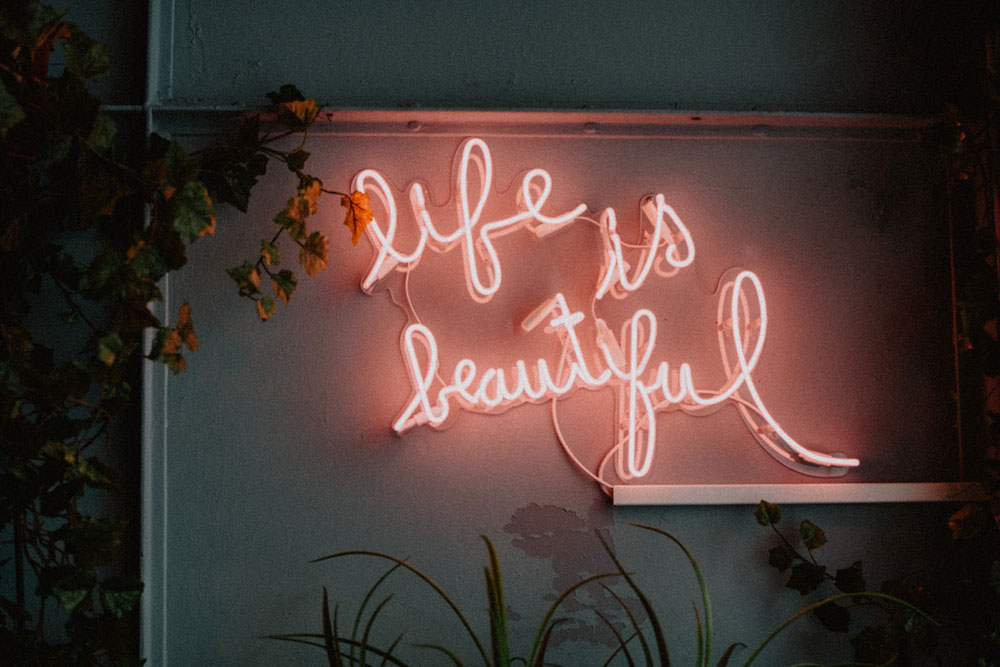 Recently, I heard from an old friend who had moved away. He was coming New York soon and I was looking forward to potentially re-connecting. I asked him to let me know when he would be in town. A few weeks later, I come across a post on his Facebook passively aggressively stating he had come and gone through New York. He said none of his friends contacted him, which proved to him that he is “not important” to anyone he grew up with. He had made some very negative assumptions.

I was surprised and disappointed, and I was among several people who responded we didn’t know he had arrived. He assumed everyone knew he was in town because he posted on social media. When the outcome wasn’t how he hoped, he also did something I call “filling in the blanks.” This leads to negative assumptions.

Filling in the blanks

Rather than taking steps towards a positive outcome, he unconsciously created a platform to perpetuate a negative story. He used an incomplete and ineffective form of communication. And then he made negative assumptions. This resulted in him feeling like a victim. Because he did not see his friends, he chose to assume this validated the belief that he is unimportant. But the objective truth for his friends was: we only see some of his posts on social media. And it’s EASY to miss things.

What my friend did is a common pitfall most of us are guilty of from time to time. Have you ever felt left out or unacknowledged? And have you ever felt dissatisfied with someone’s response or lack thereof? Do you tend to look for the objective truth in those interactions or does your mind automatically go to the familiar, and often negative story lines? For example, “I wasn’t included because no one likes me.” Or “They’re not answering because I said something wrong.”

In today’s society, with text and social media being primary forms of information and communication, this phenomenon is becoming all the more present.

Information is often transmitted and received in disconnected and incomplete pieces – so our minds do our best to make it a complete story.

We can stop making negative assumptions

The good news is – there is a reason we do this! Our brains evolved to keep us safe in our ever-changing and chaotic world. One of the brain’s main functions is to create a map of the world. We have the incredible ability to take pieces of information and fill in the rest. This helps us have an idea of where we are, who and what is around us, and where we might encounter danger or access what we require to meeting our basic needs (food, water, shelter, etc.).

All of this sounds a bit primitive now. We live in the modern day world and do not have to forage in the wilderness. But it’s important to know our brains evolved this way for a reason. It gets tricky though, because we have taken what was built as a function for physical safety and started using it as a system for emotional safety. We aren’t lost in the woods or being chased by large animals anymore. However, we react the same way to modern day worries – work stress, someone not texting back, etc. The anxiety and physiological response are the same, despite the environment having changed drastically.

As don Miguel Ruiz points out in his book, The Four Agreements, we make assumptions because any answer satisfies our questioning mind. We can be less discerning when we are in an emotionally triggered space. This is because our minds are simply looking for a way to resolve the situation. And to return to a place of emotional safety. Unfortunately, because emotional interactions are not always so clear-cut, this system doesn’t work quite so effectively. In fact, it often makes these interactions more complex. And it has the unwanted side effect of keeping us entrenched in negativity spirals.

We are really smart and amazingly resilient and resourceful beings. This system evolved in a specific context that is NOT our everyday environment anymore. So we have the opportunity here to continue to evolve.

Our knowledge and awareness of this very phenomenon is giving us the key to change it. So, how do we train our brains to stop making assumptions?

Notice without judgment (yeah, that’s the hard part). This is a practice that is majorly transformative in many ways. Can you notice what is happening in your thoughts, without adding judgment?

Pay attention to when you are making assumptions and start to recognize that they are assumptions in the first place.

I like to ask myself – is what I’m thinking actually based in any factual reality? Or am I filling in the blanks? If I’m wondering why I wasn’t included in something, did anyone say or give me any indication that they don’t like me or don’t want me around?

2. Let there be multiple possibilities

Our negative assumptions are often based on negative beliefs we hold about ourselves. Another amazing but sometimes trick our minds plays is: the more we think about or focus on something, the more real or true it becomes.  If I believe that I am unlikable and I use that as the answer to why I wasn’t included in XYZ, that thought grows stronger and starts to seem like THE ONLY answer. So it must be true right? Wrong.

Let there be other possibilities. Just giving other possible answers takes power from that negative assumption. Also it also trains our mind to stop assuming and settling on ONE possibility out of habit. Ever automatically get off the exit for work on a weekend because you’re habitually used to driving there?

Our minds go to the easiest, most practiced thought unless we are mindful. So just knowing that there are other exits can be useful.

Perhaps I wasn’t included because I haven’t spoken to that person in a long time. Maybe they had a limit on how many people they could include. What if they saw on social media that I would be away that weekend? Any of those possibilities feel slightly better than just assuming I am unlikable.

3. Play with your worst-case scenario

Let’s say for a moment that I wasn’t included because someone doesn’t like me. They didn’t want me at that particular event. Why? Who knows, but let’s not start making assumptions about that!

If the worst-case scenario is true, we still have choices about how to handle it.

So, the point of playing with the worst-case scenario is to recognize that you can get through what might feel like a situation that is out of your control. We grasp for answers and resolution when we feel powerless. But you are never powerless, even in your worst-case scenario.

So, going with our example – I wasn’t invited. I feel bad about myself and then I find out my worst fear is true. Someone at that event didn’t want me there.

Here are my choices:

This is perhaps the most important step in stopping negative assumptions. When we think negatively, we approach those thoughts as absolute truths. Changing our language from a statement (which implies truth) to a question (which implies possibility) is really powerful.

Rather than saying “I wasn’t invited because I am unlikable.” I could ask, “Why wasn’t I invited to this event?” That gives space for multiple possibilities. And it gives me power to explore what went wrong in this situation and how I could improve upon that type of interaction in the future. Rather than staying stuck in a negative assumption and unwanted outcome, I now have the ability to ask myself questions and inquire to others involved in a way that can build communication and ensure increasingly positive outcomes. Perhaps, I didn’t make it clear that I was interested in this event. Maybe if myself and the friend who was organizing it figure that out in a communicative way, we can both make more of an effort next time. Which brings us to the next step…

You always have a choice to take action. I might have avoided this whole scenario by asking to be included or expressing interest. You can usually speak to the person you are questioning or making assumptions about. Talk to others clearly and directly and ask your questions. Make your choices about how to respond and therefore feel in control of the situation. This feels much better than feeling stuck or helpless. Examine where you have power or choice in a situation and then step into it.

Try to leave your negative assumptions an beliefs at home.

6. Use the free-time toward yourself

One of the main ingredients in negative assumption is impatience. Often our minds supply an answer simply because we are just too impatient to wait for the truth. Texting is my best example of this. There have been plenty of articles written about how automatic most things have become. And how we expect responses very quickly. Has anyone ever felt anxious when they saw this on their phone?

Almost immediately, we think about what the person might say. Or worse, if they don’t answer quickly we have all sorts of reasons why. My answer to this: GO DO SOMETHING ELSE. If you are waiting for a response from someone or waiting to find out what happened the best thing you can do is change your attention to something productive.

If you sit and simmer in the empty space, your mind WILL fill in the blanks. And unless it’s well trained, you are likely to go towards negative assumptions. This only leaves you feeling bad. Why not focus your mind on something else? That space is free time, which you can be using in a myriad of ways. Read a book, watch a show or movie, go for a walk, take a hot bath, cook, work on your taxes, etc. Anything that feels good or useful to you is a better choice than the negativity spiral. Chances are, while you’re off doing something useful, that response might come through.

All of this happens because our minds are brilliant and always looking for something to do. Our minds see empty space as potential and fill it up any way we can. We are naturally creative and we can use this creativity to construct and transform. Or we can use our creativity towards negativity and self-destruction.

The more you keep your mind active and nourish your creativity in productive ways, the less it will be bored and play this game “filling in the blanks.” So, find ways to keep yourself creative. This can mean so many things. It’s different for everyone. Enjoy the journey and discovery of your own creativity and respect your brilliant mind!

As with all behavioral change, I give this warning.

It’s a practice. It takes time, and it won’t work all the time. Especially in the beginning.

Our minds are brilliant, but also stubborn. Habits become ingrained. Repetition is necessary and healthy for the brain. Keep trying, be nice to yourself and re-read this article as many times as you need! Also, feel free to comment and expand on these steps or offer additional tools as you find them!