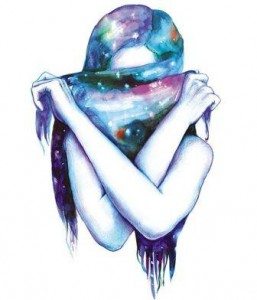 As someone in recovery from binge eating disorder, shame in the way I look and the validity of my illness was something I struggled with for a very long time. When I was first diagnosed with an eating disorder, I was considered to have EDNOS(Eating Disorder Not Otherwise Specified). When I first opened up to someone about the nature of my disorder they said, “ So what! Does that mean you just eat a lot of cake or something?” I was mortified, and this statement solidified the way I perceived society would look at me and my disorder. I didn’t feel my disorder was valid because I didn’t look “sick enough” and I wasn’t going to die.

After greater research and the addition of Binge eating disorder to the DSM-5 in 2013, more people started coming forth with the illness, and I didn’t feel so alone anymore. In all honesty, I never really felt alone in my disorder. I always shared the same emotions and fears as others I have encountered with an eating disorder, my illness just manifested itself differently, which doesn’t make it any less than any other disorder.

When people think of Eating Disorders, they have this image in their head of what an Eating Disorder should look like. Whatever that image is, regardless of what it is, it’s an image molded by societies ignorance of eating disorders. An eating disorder is not a body shape, an eating disorder is first and foremost an illness. By identifying an eating disorder as specific “body type” gives the illness power because it’s being classified by superficial, physical traits that takes away from the underlying meaning of its existence. We have heard countless times that it’s not about the food, the way you look, your body type, but rather about the emotions, attitude, and overall perception of yourself that plays into the disorder.