How I Finally Healed My Relationship To Food And My Body 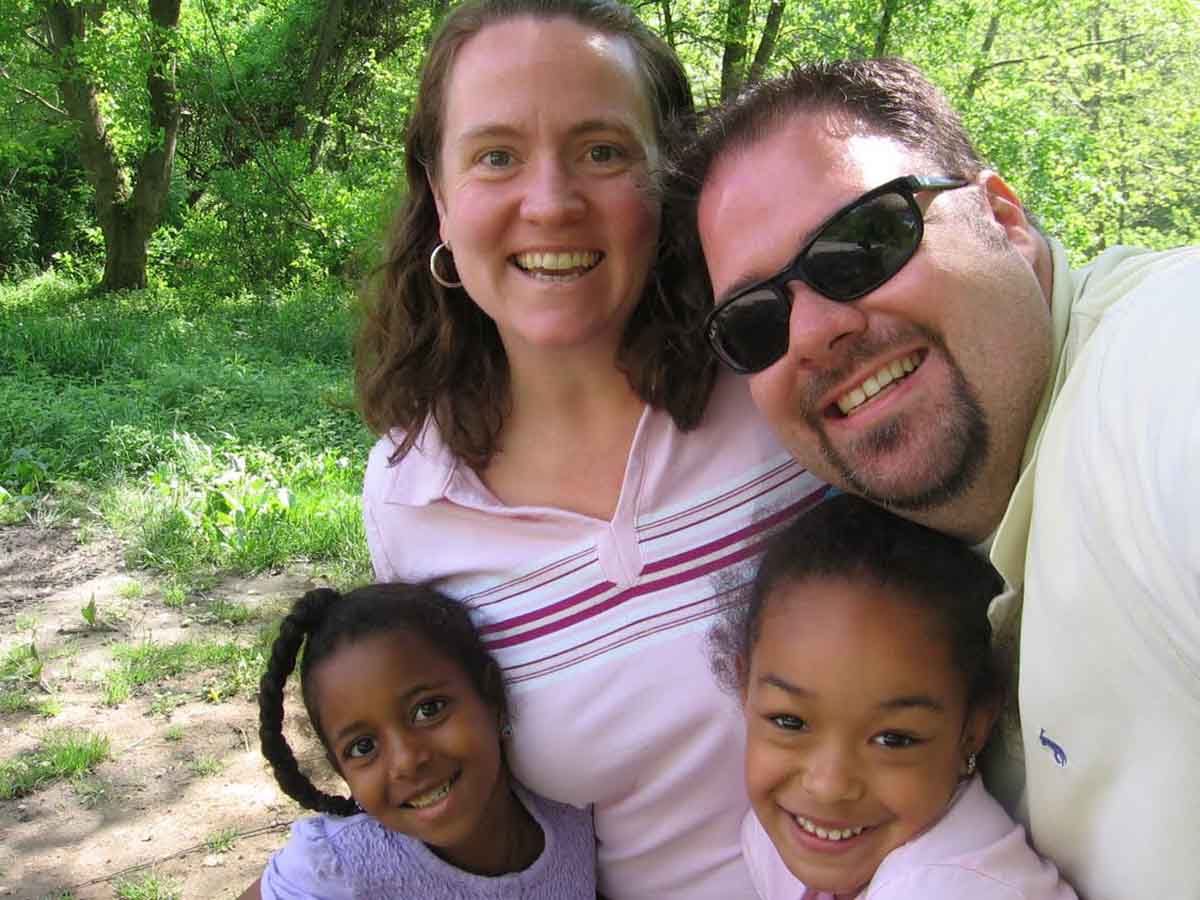 This memory popped up on my Facebook timeline yesterday. It was from 8 years ago, and it was a picture of me and my family on Mother’s Day. When you look at the picture, you see 4 people who look genuinely happy. We’re all smiling broadly and I think I was actually laughing. You can’t tell by the picture that my head was filled with thoughts of food at the time.

I remember so many details about that day. We had just eaten brunch at a local diner and were taking a walk near some train tracks that run along a river. It had rained recently and there were huge puddles along the train tracks that were filled with masses of black toad tadpoles. My kids were obsessed with the tadpoles and begged us to come back with a container and take some home (I think this was the one time I said no to more pets).

I had recently lost a significant amount of weight and was pretty thin in the picture. Everyone thought I was a “success story”. I got so much attention for my “transformation”, as one of my family members put it. If you saw the picture, you would think that was the happiest time in my life.

What the picture doesn’t show

When I look at the picture, I feel incredibly sad. I can remember all those details about the day and what we did. However, I also remember how I felt. Looking at the picture brought back a flood of feelings.

Feelings of being trapped, obsessed, and totally overwhelmed.

I remember waking up that morning and promising myself that I’d be “good.” I knew we were going out to breakfast and I was filled with anxiety. Would I be able to avoid the pancakes and sausage and get something healthy? There were going to be so many tempting things on the menu and I wasn’t sure I could be strong.

I worried about it all morning before we left. I tried to look at the menu online so I could plan, but I couldn’t find it. Walking into the restaurant, I was filled with dread. It wasn’t even going to be fun because I would be thinking about nothing other than what I was eating and whether it was good enough.

I ended up ordering an egg-white omelet (egg whites were only 1 point!) with vegetables and no cheese. I felt pretty righteous and counted up the points over and over in my head, marveling that my whole breakfast would only be 4 points. I was killing it!

The obsession with food

But then they brought the food. The omelet was really oily, so I would have to add at least 2 more points. I was devastated. In my  mind I had blown it. I ate the omelet, but not the whole thing. I spent the rest of the morning wondering if the portion that I didn’t eat was enough to offset the oil factor.

The whole way to the river, I thought about the oily omelet. Was it 1 or 2 servings of vegetables? There were a lot in there, but I wasn’t sure it was more than ½ cup. Maybe I would try to recreate it at home and measure the vegetables so I knew how many to put in my meal tracker.

The details of the internal omelet drama are so vivid that it makes me feel sick to my stomach. I can still feel that awful sense of dread, powerlessness, and the internal battle between control and reckless abandon.

If I wasn’t obsessively counting every bite of food I put in my mouth, I was completely off the rails–either eating or drinking myself into numbness.

If I hadn’t forced myself to order that omelet, I would have made myself sick on the fattiest, sugariest food I could find. It was one extreme or the other.

When food was all that mattered

The shock of that memory is how what I ate for breakfast completely obscured my children, my marriage, my happiness. Nothing else really mattered. I have a video from the same time period of my little daughter trying to interview me on camera, and me telling her that I couldn’t talk because I was trying to make a grocery list. There was so much obsession.

There was no thought of loving myself or being happy or addressing my anxiety or marriage or soul-sucking job. Everything is better if you lose weight, right? Wrong.

Now, I would have a hard time making a list of things that would improve if I lost weight.

I know the mental and physical strain of trying to maintain a size that isn’t natural for me. Or the terrible panicky feeling of thinking one bite of dessert is going to unravel my life. It’s not a fun way to live.

I have no desire to repeat the tragedy of being snippy or distant to my children because my mind is preoccupied with food or my body.

There’s really something so freeing about being comfortable in your own skin. For relaxation and confidence and peace. All that sounded really hard and complicated to me back then. I thought all I needed to do was lose weight.

What I didn’t get was that my relationship with food was a byproduct. The dissatisfaction and despair were the deep infection. The food issues were simply a scab that I could pick at on the surface.

The temptation to blame my problems on food and my body dissolved once I opened my eyes to what I really needed: to respect myself.

Written By
Teddey Hicks
More from Teddey Hicks
I was sitting in group therapy about halfway through my treatment, feeling...
Read More