What My Miscarriage Taught Me About Life and Recovery - Recovery Warriors 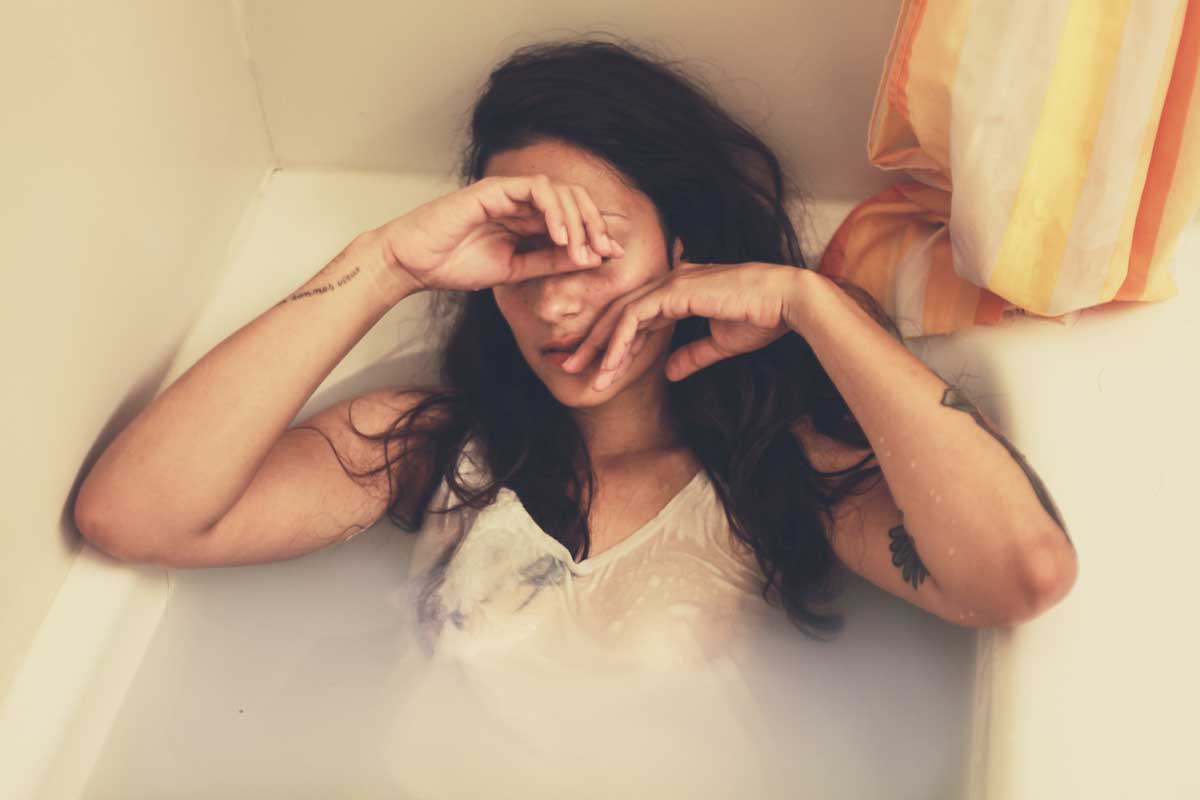 Becoming a mother was always a motivating factor in the depths of my eating disorder. It was not the entirety of the light at the end of the tunnel but it was part of that light, and that was important to me.

That said, I was overjoyed to finally see a positive pregnancy test. It felt like as the two blue lines darkened the remnants of my eating disorder.

However, two months later I lost something so unexplainably important to me that I still struggle to find a way to verbalize it. I was forced to deal with loss before I had even fully celebrated that I was pregnant.

Make your recovery strong enough to stand the trials of life at the School of Recovery!

And that’s what miscarriage was for me, it was a collision of my worst nightmare and most monumental joy played out in real time.

And as I mourned the loss of that sweet baby my eating disorder rapidly resurfaced.

So often tragic events, sudden life changes, or anything that feels remotely chaotic triggers my eating disorder thoughts and behaviors.

My miscarriage was no exception.

After recognizing myself slipping back into familiar, yet unhealthy routines, I sought support and guidance from my therapist. The first few months were challenging, as my eating disorder waged war with the one person trying to help me. However, over time I did slowly begin to grieve.

The support of my therapist during those months was monumental as I began to relearn that restricting my food or over-exercising wouldn’t make the loss and emotions disappear, as much as I wanted it to.

After a surgery and a year and a half working with a fertility center I witnessed those two blue lines again. Shortly after that, I heard a heartbeat the sweetest sound of a heartbeat.

“It’s a boy” the ultrasound tech said, and tears rolled down my cheeks. On September 16th I met my son face to face for the very first time.

For the 9 months that I carried my son my eating disorder felt dormant. It felt like that article of clothing in your closet that you haven’t worn for months – but every time you see it you say to yourself “I’m not going to get rid of it, because one day I might wear it again”.

As much as I worked and prayed that the birth of my son would simultaneously mean the end of my eating disorder, it didn’t. And for me, there was and is a great lesson to be learned from it all.

I’ve learned that recovery from an eating disorder has no end point.

No significant life event, even one as joyous as the birth of my child signifies the end of my recovery. Recovery is continuous, and I think it has to be.

The work to combat my eating disorder and its rules, restrictions, and demands, doesn’t go away. Sometimes the fight is less intense and there are many days I feel relief, but it still exists. It still hangs in my closet begging to be worn once again.

What I’ve learned for certain is that the fight is always worth it.

For me, combating the isolation and the rapid change in structure meant finding support and finding community.

As the days pass I’m continuously reminded that the fight against my eating disorder is always worth it. And my ability to fight is made so much stronger by allowing others in.

And to all the women in this world who have experienced miscarriage, infertility, or pregnancy complications, my heart is with you always.

Continue your recovery work at the School of Recovery!

Written By
Tess Safty
More from Tess Safty
Image: @denae_andrew believe in therapy, which to those who know me probably...
Read More