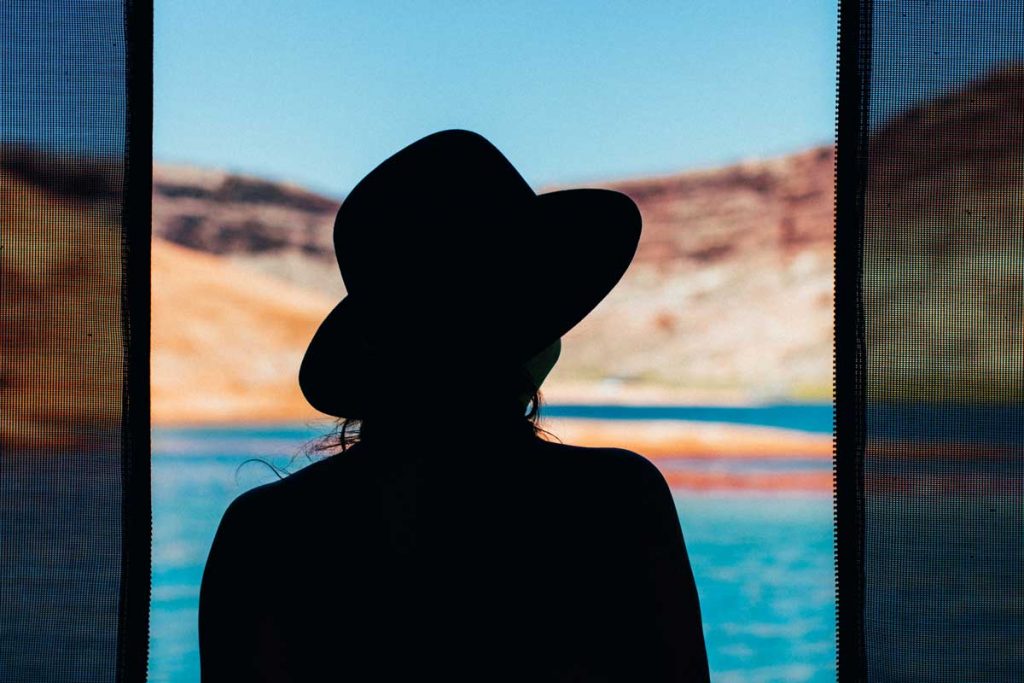 Often times the result is a survival mentality. We react, rather than act, as we bump through our day from one problem to the next. This is a stressful way to live, and can lead to numbing out through disordered eating habits. In turn those eating habits lead to even more negative self talk.

When it’s seen in this way, it can feel like an endless loop. Habits can lead to more negative self talk, and continue on as stated above, however I don’t like to call it a circle. Instead, I like to think of it as a series of steps which can lead downwards, but only if you choose to keep following them.

That’s because I find the visual of circle unhelpful in this instance. A circle in continuous and goes on forever. Therefore, as long as you are anywhere on the circle at all, you are doomed to continue your behaviors.

With the visual of a circle, the only way to stop it is to break away completely. This can lead to feeling like a failure anytime you fall back into one of the steps or reactions of negative self talk.

For example, deciding that you should criticize yourself because you already engaged in an unhealthy behavior. That’s why I changed the way I visualize this type of thinking.

My mother and artist, Jewel Hodson, grew up on a farm. There are many different houses, pens and structures for the animals. One that she often talked about was the pig pen.

The front of a pig pen is shaped like a trapezoid. The rain and snow falls onto the flat part of the roof, where it is steady enough to support a certain amount of liquid or snow. The rest of it slide down the diagonal walls of the structure and leads to the ground. This design also provides enough support for the pig’s home.

Negative self talk and shame are like one of the slanted walls. They lead to feeling like we are awful people. If we keep following that line of thinking further down, it’s hard to believe we have an ability to change.

The other wall is denial and numbing out. We ignore the criticism, judgments and also negative behaviors. We try to convince ourselves that we don’t need to change.

Both sides might sound different, but they are actually similar. It doesn’t matter which side you take, both of them end up in the mud.

Then there’s the roof. This represents self awareness. We are able to stand up here, look around and get a better view of the world. When we are on the roof we can look up at the stars and dream. It’s not a narrow precipice. There’s actually a lot of room to move around. This is a place where we can make changes that need to be made and let of things that don’t matter. You can even toss them off of the roof and let them fall into the mud.

When you feel yourself slipping, you know you can always climb back up. You don’t have to wait until you are standing in the muck before you get back on. The sooner you step back up, the easier it will be. However, if you do end up slipping all the way down that doesn’t mean you have to stay there. You can always scramble back up. The great things about it is that each time you climb up, your muscles get stronger and so does your balance. Each time you pull yourself out of the mud, you will be building the skills to get back on that roof. 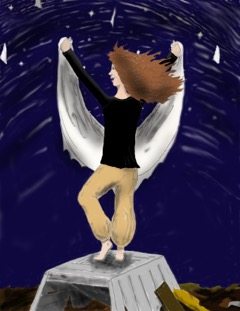 Written By
Deborah Moore
More from Deborah Moore
used to own a cat named Imogen. She had many unique quirks....
Read More

Featured Book of the Season

Q&A: How Do You TRULY Know What Your Motive is When it Comes to Movement with Jennifer Kreatsoulas

You Got To Do Something About Your Loneliness. Listen to This 🎧

The Dangers of Dieting and the Thin Ideal with Dr. Nicole Hawkins

What is Recovered Living with Kristie Amadio