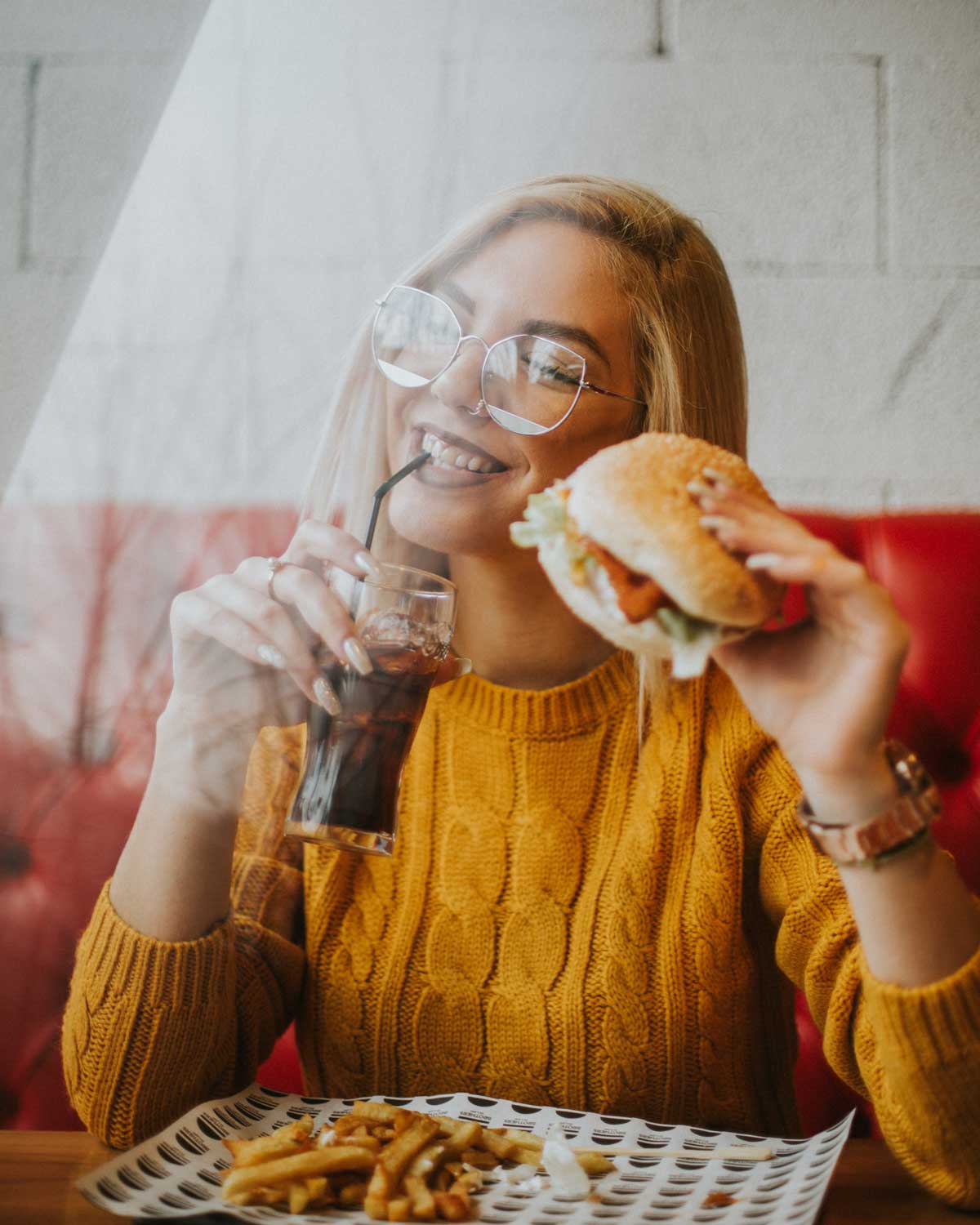 I can’t remember the exact time during my junior year in college when I stopped going to the cafeteria to eat with my friends.

But suddenly I couldn’t even manage to step foot into that building.

I just couldn’t be around food. I no longer could enjoy time with my friends in the cafeteria. Even if I didn’t eat, my mind would be so consumed with food that I couldn’t even concentrate.

On the outside, I seemed totally zoned out. But on the inside, I was overcome by anxiety. It felt like my eating disorder was constantly yelling at me.

So I began secluding myself around meal times. That led to more seclusion in general, which led me to begin staying in my dorm on weekends while my friends went out to eat and have fun.

Eating is a social thing. I love being social and hates being alone. Yet when my eating disorder captured my body and mind, I began spending almost all my time alone.

I would try to go to the cafeteria sometimes when I felt exceptionally brave. But as soon as I got there, I wanted to leave. The noise of the hundreds of students, the smell of all the greasy foods, the sight of people shoving food into their mouths thoughtlessly.

It shook my core. I felt weak.

The anxiety and noise were too much. It felt better for me to be alone than to be with people and surrounded by food. Even though I hated being alone, it did not compare to the agony of being with my friends in the cafeteria.

After a few months of this pattern, my friends slowly stopped inviting me to go out with them or eat with them.

I saw my friends having fun and hanging out without me on social media. And while it hurt, it all seemed worth it to me. The pain and isolation was worth the little peace I got being in my room in silence rather than trying to go out to eat with them.

From bad to worse

My eating disorder had captured me.

I  became so skeleton that my school told me to go home and seek medical attention. They didn’t know the circumstances or what I was wrestling with, but they knew I wasn’t well physically.

Ironically, got home right as my family was eating dinner. They hadn’t seen me for a few months and had no idea that I hadn’t been around people eating in months. They had no idea how captured I was by my eating disorder.

But they welcomed me in and tried to hide their shock at my physical appearance. I sunk into the chair and tried to focus on the conversation. My mind was moving a hundred miles a minute. It screamed.

My eating disorder felt so huge at this point that I could hardly contain myself. I tried to fight it. One bit at a time I kept telling myself as my family watched me intently, “Show them you can do this. Show them you’re not this messed up.”

So I ate my bowl of soup – but then just couldn’t bear to sit at the table anymore. I excused myself and went into an empty room and tried to talk myself down and find some peace. I tried to tell myself it was okay.

But my eating disorder just screamed louder. I was stuck.

But that’s not the end of the story.

It took months of slow progress to get to where I could go out to restaurants without internal panic. But as I entered recovery, I slowly began being able to eat with others again.

And just a year later, I was back at the school cafeteria laughing and eating with friends.

I was able to be in community again. I was able to eat and not be overwhelmed by my eating disorder controlling me.

While I could eat with people and was weight restored, I still struggled with focusing on others things when I ate. I had to practice eating in front of my friends while maintaining a conversation.

The concept of eating in front of the TV was foreign to me because for so long the little I ate came in solitude and quietness.

I felt hyper-focused on food.

Even though I felt recovered I knew deep down I still wrestled with this. It was really hard for me to not be hyper-focused on food while I was eating.

After months of practice, I can joyfully tell you that I wrote this article while eating dinner.

I was able to eat and type without obsessing over my food. Finally, I’m no longer held captive to being hyper-focused on food. I’m able to eat while doing other things I love.

You, Warrior, will also find things to overcome in your struggles. Don’t be discouraged if the present struggle seems too high to climb. With small steps you can make it to the top.

Seek guidance, challenge yourself and take each day as it comes. You will get through this.