How to Form a Healthy and Mindful Relationship with Food 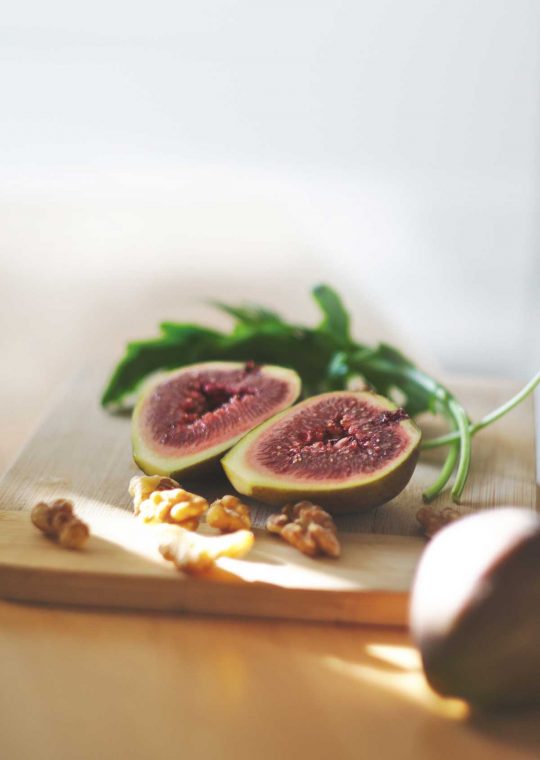 Developing an eating disorder fundamentally changed the way I thought about and defined food. As I learned how to lose weight and restrict, I adopted a strict calories-in-calories-out approach to life and eating. Like my weight, my food became a mathematical formula.

Instead of thinking about the unique nutrients and tastes that each kind of food delivered, all foods were reduced to numbers. First and foremost was the calorie, followed by sugar, fiber, protein, and carbohydrates. While I generally avoided sugar and loaded up on fiber to stay full, I had very little regard for exactly what food I put into my body. As long as my numbers added up to a deficit by the end of the day, I was content. My diet narrowed to foods like plain popcorn, nonfat greek yogurt, and salads with grilled chicken light salad dressing, which were low-calorie and easy to measure. Eating out at restaurants without posted calorie information was unheard of.

Before I was hospitalized for anorexia, I was living a food paradox: I fantasized about food constantly, but when it came time to eat, I barely paid attention to the taste and satisfaction of a meal. While I ate, the only thing going through my head was the numerical value of the meal and the time until I could eat again. I had no respect for my own body or for the food I was putting into it.

I was living a food paradox: I fantasized about food constantly, but when it came time to eat, I barely paid attention to the taste and satisfaction of a meal.

As soon as I stepped out of the hospital, I was determined to recover, both physically and mentally. Because I was so well-acquainted with the consequences of restriction, I was able to transition out of the mindset of calorie-deficit early in recovery. I was consistently eating enough calories to maintain or gain each day, but after two months of recovery, I was still evaluating food based on numbers and nothing more.

For my lifelong mental health, I knew I had to transform the way I looked at food in the most literal sense. I wanted to be able to stare at a plate of food and see something more than a calorie addition equation.

A few months into recovery, I was lucky to happen upon a book by a Buddhist teacher, Thich Nhat Hanh, called How to Eat. The book is a pocket-sized spiritual testament to the true nature of food. It was not written specifically for those recovering from an eating disorder, but it spoke to me more than any other text had about how to form a healthy and mindful relationship with food.

We often think of mindfulness as a tool for psychological healing during ED recovery, but rarely have I seen the concept of mindfulness and spirituality extended to food itself. In How to Eat, Thich Nhat Hanh gives us a new way to think about our food, an opposite perspective from the Western world’s love-hate relationship with anything edible.

Mealtimes, Hanh explains, are among the most fertile moments for spiritual practice. This is because food is “a gift of the whole universe”: each grape and kernel of corn exists because of the water, sunlight, soil, and years of growth that all conspired to produce it. When we eat, we are taking this gift from the universe to nourish our own bodies. Each time we sit down to a meal, we can be grateful for the countless gallons of water, rays of sunlight, and months of cultivation that made our food possible. We can be grateful too for the men and women who labored to turn milk into our cheese and ice cream, who baked our bread, who mixed together the ingredients for our cake and pie.

Like our own bodies, food is a child of the Earth. It is full of energy and vitality, and every food contains its own unique history and nutrients. Somehow, as if by magic, our bodies are able to take that energy and use it to live.

Thinking about food in this way, it is hard not to marvel at the complexity and beauty of everything we put into our bodies. Food is not a number, but a product of life itself. Whenever I cook, I remind myself to hold the ingredients in my hands, to smell them and remember where they came from: the cow, the soil, the sea.

I have not forgotten calories, but I have broadened my perspective on food and its essential purpose.

I have not forgotten calories, but I have broadened my perspective on food and its essential purpose. I can look at food now and see that it is sacred in its own way, infinitely more beautiful and complicated than a nutritional profile. I have also begun to see food as a life source rather than a source of weight gain. Just as I would not judge another person solely based on their appearance or income, how can I judge an apple based on the number of calories it contains?

Like all mindfulness rituals, it takes time and practice to see food in a mindful way. I have certainly not completed the journey towards mindful eating yet. I am only at the beginning, but already the benefits are incredible and compel me towards a more enlightened understanding of food.

Along with gaining weight and addressing stress and anxiety, reframing my perspective on food has been a critical part of recovery. It is allowing me to live with the wonder and awe that anorexia stripped from my life. For me, wonder and awe are the things worth recovering for.

Written By
Anonymous
More from Anonymous
Image Source ike many others, my road to eating disorder recovery began...
Read More