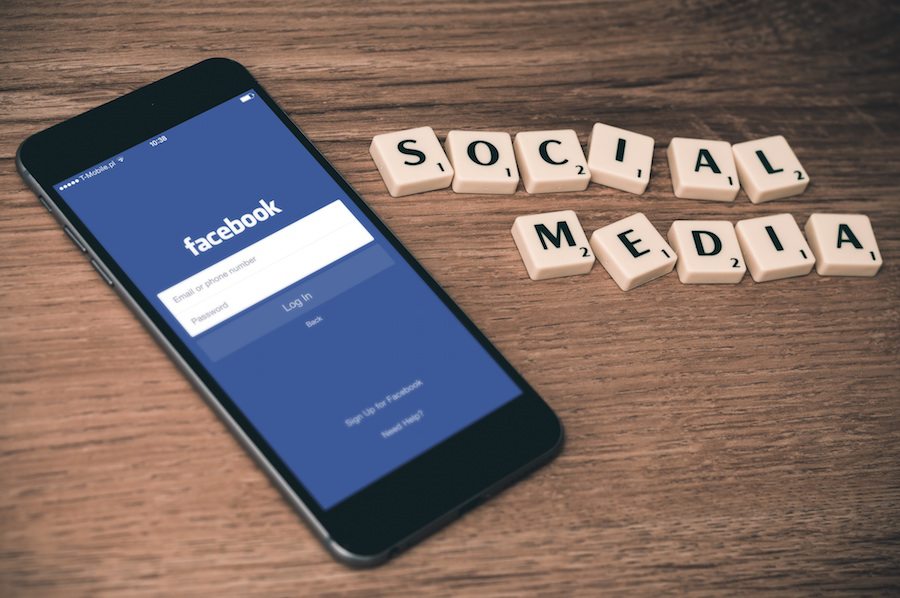 When I started high school, social media was just starting to take off. My friends and I said goodbye to AOL Instant Messenger (AIM) and hopped on the bandwagon of MySpace and eventually Facebook. Which for the first time allowed us to create “online identities” that showcased to the world how we wanted to be seen.

While this new space allowed me to stay more frequently connected with others and feel more “in the loop” with what was going on, I didn’t realize that it could possibly negatively impact my life as well.

Around the same time that social media was gaining traction, I also began to develop an eating disorder.

Looking back, one factor that contributed to my eating disorder was the “thin ideal” that was often portrayed in the media at that time. (Nowadays, the “fit ideal” is often what is portrayed, which can be just as detrimental for us to chase after, but that’s another spiel for another article!)

Since I was a developing adolescent, my body was undergoing a lot of changes. I was “filling out” with breasts, curves, and the like. But these changes weren’t welcomed at the time. Because most of the models and actresses had bodies that were rail thin (and pretty much resembled a pre-pubescent girl), I saw the necessary and healthy weight gain that accompanied my transition from a girl to a woman as excess fat on my body that needed to go.

Dangers of the media

Back then, I remember being warned about how media images (such as models in magazines) were often distorted through the use of plastic surgery, airbrushing, Photoshop, etc. Research shows us, however, that even if we rationally know that the images we are viewing are “fake” (and thus know we shouldn’t compare ourselves to them), we still end up doing so if we expose ourselves to them enough.

What nobody warned me about, however, was how social media can have the same impact on our lives.

If you think about it, the images and content that we post and view of others on social media is distorted as well.

We edit, filter, and take pictures at just the right angle and tend to show others the versions of ourselves that we want them to see.

Thus, we end up comparing our lives (of which we know the true ins and outs of) to the glorified portrayals of others’ lives. This unfair comparison often leads us to conclude that our lives are inferior in some way to others.

Steve Furtick put it this way: “The reason why we struggle with insecurity is because we compare our behind the scenes with everyone else’s highlight reel.” Even though I rationally knew that what I was viewing on social media wasn’t necessarily the full scope of reality, it still affected me just the same. I’d constantly leave social media feeling less content with my own life and wishing it were different in some way.

When I recovered from my eating disorder around the time I graduated from high school, I made the decision for the first time to give up social media. (Which ended up lasting for about a year). My motive behind this break-up with social media was to guard my heart and mind from falling back into the same comparison trap. I wanted to foster contentment with my own life, live in the present, and focus on developing deeper relationships.

And I did just that. I loved the freedom of focusing on my present life and not having the pressure to “keep up with the Joneses.” I ended up choosing to get back on social media in college since it was a requirement for some of the organizations I was in. But I had a much different relationship with it since I had had such an extensive break from it.

About a year after I graduated from college, I decided once again to break-up with social media, only this time, I was sure it was for good. I had no intentions of ever getting back on it. I was tired of continually falling back into this all-too-easy comparison trap, so I made the decision to eliminate that trigger from my life once and for all.

Coming Back to Social Media

What’s brought me back, you ask? Well, in a nutshell, my values (which are exactly what led me to not be on social media for the past four years.). That is why it is so important for us to continually examine our motives behind whatever it is we are doing.

Social media, like most things, can be used for good or bad (or a mixture of the two).

Before, I felt like the bad was outweighing the good for me, and thus I chose to step back from it. But now, I’m feeling I’m ready to get back on social media to use it as a platform to spread meaningful messages. Such as my faith and eating disorder awareness. I have confidence that I can now use social media in a way that won’t be detrimental to me and adjust the ways I use it as I examine how certain things do/do not serve me along the way.

What about you? How are you using social media? Are you using it in ways that are in alignment with your values? Are there any ways you may be using it that negatively impact your life or recovery? Are there certain types of social media that you may need to step back from or change the way you use them (e.g. limiting the amount of time you spend on it, unfollowing triggering accounts, changing your content, etc.)? If you do whatever you feel will serve you best, in the long run, then you can’t go wrong!