Hitting Rock Bottom Was Actually Good For Me. Here's Why 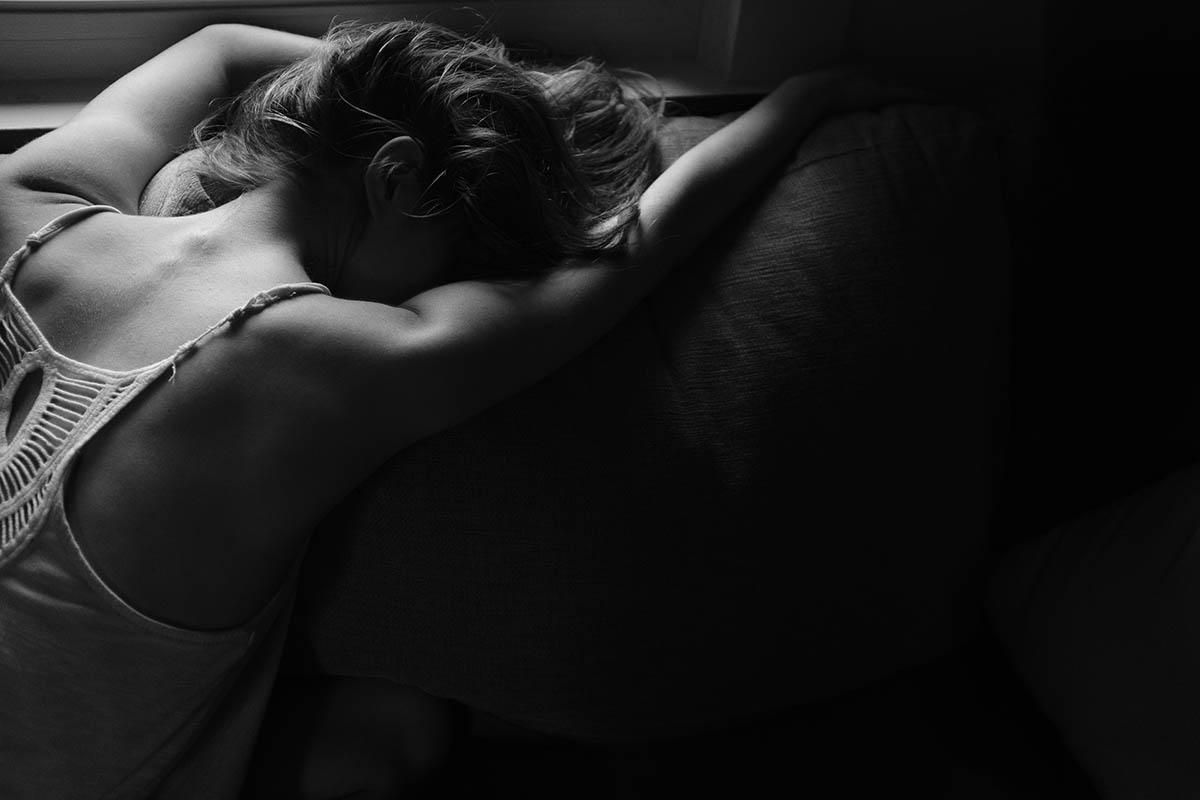 Let’s rewind all the way back to 2012. It was the beginning

It’s a new school year, I’m 24, sitting in a classroom with 18 year olds. “What am I doing with my life? Why am I so far behind?” screamed the demons in my head. I’d go home, back to my parent’s house, feeling lost, and honestly, like a huge loser.

I felt like I should have had a career, apartment, handsome boyfriend, and a solid core of friends by now. I could check one thing off that list. I had a great boyfriend. Or so I thought.

Eventually, I realized I didn’t even have that. There I was, 24 years old. Feeling insecure, lost, and in the shadows of the world that surrounded me.

This is when I thought I needed to find some type of control in my life. Something that was mine. But living in a city of millions, with social media and technology never truly allowing you to be alone, what was there to be just mine?

I don’t know if it was something that had always lived with me and decided to surface when I hit rock bottom, but it didn’t waste any time making an appearance. Before I knew it, I couldn’t wait to get home so I could enjoy this newfound control.

I could release any negativity, shame, or judgment I was feeling.

At this point I much preferred feeling empty, rid of everything in my head, than feeling lost. Was it healthy? No, of course it wasn’t. I knew that. But the feeling it gave me, that control, that power, overshadowed everything, even my health.

Once I started, I couldn’t stop.

The secret is out

I eventually told my boyfriend, who insisted I tell my parents. They didn’t get it, no one did.

Just eat. Snap out of it. You look great how you are. Where did you learn to do it? What did I do wrong? What is wrong with you? But you love food. You have such a great life.

Just some of the things they’d say. Like so many people, they just totally didn’t understand what it’s like to live with an eating disorder.

In comes my dad, the smartest, most understanding man in the world to me. He was completely clueless about why I would be doing it. But he did assure me that I’m not behind anyone in life, I’m simply exploring all of my passions and ensuring that I find the right one.

Apparently it is common to feel this way at my age, not entirely happy or confident in where you are in life, because you expected so much more from yourself. Success takes hard work and patience. “Don’t worry”, he’d tell me, “you’ll find your calling soon.” Don’t worry.

In November I moved in with my boyfriend. My parents, my boyfriend and I all thought this would be the best thing for me. His career was demanding of his time, leaving him exhausted, unmotivated from a bad day, or traveling for days at a time.

So there I was, stuck in a 700 square foot apartment, just me, my thoughts, and “it” … getting worse as time went on.

If you know me, you know I love shopping. Visiting two malls in one day is totally normal for me, even if I am seeing the same things over and over again.

But that all changed when I started to get accused of cheating, or going to the mall just to meet new guys.

What a joke, right? Why would I even want to leave the apartment when anywhere I go, I get accused of doing something completely out of character for me? Yet another thing I loved, gone.

My days were spent either at class, when I felt like getting out of bed, or sitting at home in the dark with a couple candles on. It was usually the latter, sometimes getting lost in a tv show, but usually a book.

I could escape in to the story and not have to think about how awful my life had become.

A year later I found myself single, depressed, and not wanting to make much effort in my social life, or life at all. Sad, right?

The only thing I had going for me was I was thin. Finally, I had control over something – my body! I could wear whatever I wanted. For once I could feel confident in a bikini or crop top. I was getting compliments wherever I went. There was no better feeling than that.

It is easy (sometimes) to put on a happy face, but no matter how I looked, nothing changed the fact that I still couldn’t find happiness, acceptance, or just shut off all the demons in my head.

After so much time spent giving in to this control, I realized I wasn’t in control of anything at all. In fact, “it” had control over me.

If you haven’t figured out yet, I was living with depression, anxiety, and it, the demon in my head. “It” was an eating disorder. I call him Ed.

I had been emotionally and physically abused in my relationship. Shamed, name called, controlled, threatened, grabbed, excluded, demeaned, shoved, disrespected, and cheated on – just some of the things I let him get away with. But I didn’t tell anyone.

I put on a happy face and everything seemed perfect from the outside. I lost touch with some of my lifelong best friends, even felt distant from my family. I had so many passions and goals in the past, but now I didn’t even care about them.

I didn’t even want to go out with the friends I did have left. And I was losing the desire to exercise or do yoga, two things that make me happiest. Why did I let this all happen?

Where am I now?

Fast forward five years, to 2017. I’ve been to one therapy center, and seen numerous therapists and nutritionists. Some great, some awful, and some saved my life.

One has helped me come so unbelievably far from 2012. I could not be more grateful for her. Each two-hour session was spent in tears, slowly peeling off all the layers of emotional trauma I didn’t even know I had gone through.

My most recent coach came in with a completely different approach, but at this point I was up for anything. Each hour and a half session with her is spent peeling through even more layers, leaving me speechless at how the smallest things in life can have the biggest impact.

Today, I don’t even recognize the person I was a few years ago.

Sure, the anti-depressants help, but so have the hours of therapy and damn hard work.

I refer to the girl who was caught in that relationship a completely different person than the woman I am today.

I’ve also found a lot of calmness, comfort, and peace with my mind and body image through yoga and meditation. Never hurts turning to the big man above, as well. I put a lot of my faith in Him.

Lastly, it is with utmost excitement that I can honestly say I have found my worth. I will never again let anyone treat me less than I deserve. I know my value and what I have to offer. The self-respect I have for myself will not allow me to settle for anything less, ever again.

Being an everyday warrior

Even so, I still don’t consider myself fully healed. There are days where I don’t want to get out of bed, or can’t fall asleep without taking some type of pill. I still have moments where Ed is in control, and that is something that might be a part of me forever.

The only difference between Ed then and Ed now is that I know how to recognize him and I know how to handle him. Sometimes I win, sometimes he wins, and sometimes it rains.

I didn’t choose this illness, but I am choosing to beat it.

Without going trough those muddy waters, I wouldn’t have bloomed in to the beautiful lotus I am today.

The most beautiful people we have known are those who have known defeat, known suffering, known struggle, known loss, and have found their way out of the depths. These people have an appreciation, a sensitivity, and an understanding of life that fills them with compassion, gentleness, and a deep loving concern. Beautiful people do not just happen. – Elisbeth Kübler-Ross