Building a Life Worth Living When You've Hit Rock Bottom 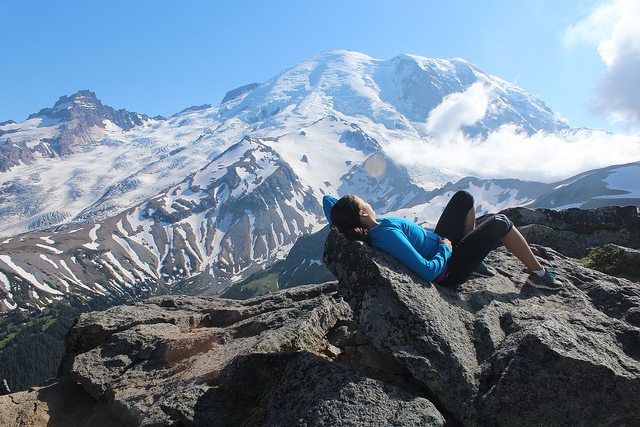 I want to help you build a life worth living. – Marsha Linehan, PhD

For anyone who doesn’t know who Dr. Linehan is, she is a (brilliant) psychologist and creator of Dialectical Behavior Therapy (DBT). After struggling with her own battles with mental illness, Dr. Linehan became a therapist and worked with clients with Borderline Personality Disorder (BPD). When she realized that the traditional Cognitive Behavioral Therapy didn’t seem to be working with this particular population, she utilized her incredible strength and apparent creativity to develop DBT – a life-saver for not only those with BPD, but also patients with other personality disorders, mood disorders, anxiety disorders, eating disorders, and everything in between. A combination of phone coaching, individual therapy, group therapy, and a curriculum targeting each crucial area in people’s lives, DBT is leading countless people to building lives worth living.

What does it mean?

After going through the one-year program myself, I noticed that the phrase “building lives worth living” and all of its variations seem to be thoroughly integrated into every DBT therapist’s vocabulary – it has certainly wiggled its way into mine. But what exactly does it mean? It seems like a pretty ambiguous statement, and I think it is. It’s one of those things that can mean anything to anybody. Maybe what my therapists’ think it means is completely different than how I interpret it. Maybe Dr. Linehan intended something else entirely. Nevertheless, it’s a statement that can make an impact. And honestly, if we take time to really think about what it means to build a life worth living, I think we can all reflect a little upon our lives. Through the journey of recovery, I’ve begun to learn what it means for me.

A few weeks ago, I honored the three-year anniversary of my suicide attempt. I spent most of the day doing some very personal reflections, delving deep into those wonderful inner workings of my mind. And I thought a lot about DBT’s lovely catchphrase. Had I finally built a life worth living? I was completely rid of all symptoms of depression, and my eating disorder’s only presence in my life was now a part of my history. What did it mean for me to build a life worth living?

While I was looking back on my journey – exactly three years after I’d hit rock bottom – I remembered telling the first person about my suicide attempt. This is the person that gave me my first big push towards recovery. The person that, without them, I wouldn’t have been able to accept any other support or have enough faith in myself to even try. Aside from my treatment team and immediate family, nobody knew until weeks and months later. And I hadn’t told my family or anyone else – they’d known because it had happened.

Until a few weeks after that day, I had never actually said the words to anybody.

So when I finally did, it was pretty huge, at least in my mind. I remembered how hard it was for me to get the words out, and how hard it seemed for that person to get their words out after I told them. First, they made sure I wasn’t planning on doing anything like that again. After I assured them I wasn’t, I said that I wasn’t really sure why I did it.

They responded in their warm and soothing soft voice that always calmed me down, “Well, most people who do that don’t really want to die”. I’m pretty sure I rolled my eyes after that. I had known at least the most basic facts about suicide, including that it was usually a cry for help or something. But I had just assumed I was an outlier – that I really did want to die.

It took me a while to realize they were right in that I was a lot more like “most people” than I thought.

I figured there must be at least some validity to what that person had said – they definitely weren’t the type to bullsh*t me, and I respected and looked up to them enough to listen. So utilizing what they had told me, and the fact that I needed to “build a life worth living” (whatever that meant), I discovered that yes – I didn’t really want to die.

Wanting to be alive

That’s the part of my little equation where building a life worth living comes into play. The realization that I never wanted to die and that I actually wanted to get better was incredible. And that was my biggest reason for recovering: wanting to. The unison of wanting to be alive – a lesson I am eternally grateful for having learned from an amazing mentor of mine – and building a life worth living (credits to the so admirable Dr. Linehan!). This connection made a light bulb go off in my head. A light that guided me towards recovery.

When I attempted suicide, I didn’t really want to die. I just didn’t want to keep suffering. My life – a life of depression and self-hatred – wasn’t one worth living. I just didn’t see that it was possible for me to build a life worth living. I now connect what the incredible person whom I first told about my suicide attempt made me realize – that I didn’t really want to die – and Dr. Linehan’s purpose of DBT: building lives worth living, and I find one of the reasons I’m writing this today: to spread the message that suicide is never the answer, because no matter the circumstances, you can build a life worth living. You’ve just gotta stick around to see it through. And believe me, it is so worth it.

Written By
Sivan
More from Sivan
f there’s one thing I know about myself, it’s that I love...
Read More