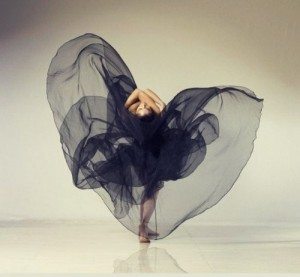 “Be nice to yourself. Be really nice to yourself.” When a friend emailed me with those words my immediate reaction was to dismiss them. Why on earth would I be nice to myself when I was so utterly useless that I was failing at the one thing fundamental to existence – feeding myself? Angry at myself and the world, overflowing with feelings of sadness and fear, the idea of being kind to myself when I had (consciously or unconsciously) arrived in this situation seemed ludicrous to me.

I’ve always had problems with negative self talk. Changing your mindset from one of self loathing to self care is one of the hardest and most important parts of recovery. Often negativity is an ingrained habit we may not even be aware of. Thoughts seem to appear in our brain as naturally as other bodily impulses.

Negative automatic thoughts (as they are called in Cognitive Behavioral Therapy) can be beaten. It takes hard work, logic, and reasoning. The first thing to do is notice the internal chatter that keeps us confined in a place of unhappiness. You may be surprised at just how nasty you are to yourself. Likely, you’d be shocked to hear anyone else saying these words. Noticing it is the first step. Next comes trying to change it.

It’s not easy to switch from an internal dialogue filled with the words ‘useless,’ ‘awful’ and ‘rubbish’ to one with more positive assertions. To start bouncing around singing ‘I am the best’ and ‘I am perfect’ would be both ridiculous and unhealthy in itself. But slowly, start to pepper your language with more encouraging vocabulary. ‘I’m worthwhile.’ ‘I’m doing alright.’ When you lose something, try ‘My mind has been distracted, which has made me less careful than usual’ as opposed to ‘I’m so useless.’

When you struggle with recovery consider your thoughts. I caught myself thinking, “Well I am awful and destined to fail.” I learned to replace those thoughts with, “This is a life threatening illness that takes tremendous self will and courage to fight against.”

I spent a year doing CBT therapy and by the end I was able to say ‘I am ok.’ That was a massive and necessary step for me.

Say something often enough – positive or negative – and you start to believe it.

By repeating them over and over again, you lay down roots in the subconscious mind. You can open up the possibility of a new way of thinking and a more enjoyable way of living.

Sometimes it feels scary to be nice to yourself

I used to fear that by being kind to myself I would be “letting myself off the hook.” I was afraid that I would become complacent if I gave myself a break. Fighting against yourself rather than accepting and appreciating yourself creates a feeling of being in conflict with an enemy. This actually reduces your own power to make positive change.

Now I realize that all my anger and loathing of myself was actually fueling the disorder. It perpetuated a mind set where I did not feel worth feeding and nourishing. Having an eating disorder is consuming and overpowering. It drains you of your resources and leaves little room for anything else. An eating disorder is a tough bugger to beat. If you are busy fighting yourself, you are depleting the valuable reserves of energy that could be better put towards fighting that demon.

Self care is not an indulgence, but can facilitate a positive and expansive process of change. Rather than one in which we negate our wants and impose externally validated rules in order to achieve.  People with eating disorders often have a hugely compassionate nature, tremendous self will, and a desire for ultimate contentment. Reigning these in from their unhealthy extremes, and switching the focus to one’s self is not a selfish act, but a necessary one in order to allow yourself to live a rich and full life.

Denial of joy and harsh criticism do not do any good – including you. A simple yardstick is to ask yourself whether you would use these words to a friend? Would you judge them in the same way?

To recover from an eating disorder you have to believe that you are worth it, and worth being kind to.

You might not be the very best. Things might not always go right for you. And that is okay.

You are still a valuable, important and beautiful human being with a lot to offer to and gain from life. Tell yourself so.

How do you treat yourself?