9 Signs You Might Have an Eating Disorder - Recovery Warriors 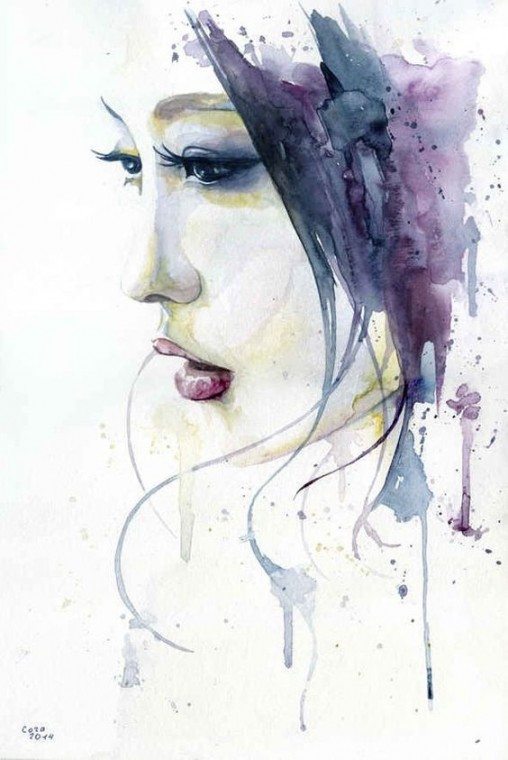 Eating disorders are complex illnesses that often reveal themselves in subtle ways. Often signals and warnings are not obvious. Not everyone suffering from an eating disorder is either severely underweight or overweight. And having an eating disorder doesn’t simply mean someone doesn’t ever eat.

Having lived with an eating disorder for many years, I know how easy it is to ignore and hide the symptoms and behaviors from the outside world. This makes timely diagnosis and early intervention extremely difficult. How can you tell if you or a loved one might be suffering from an eating disorder?

Here are 9 easy-to-overlook signs may help you recognize an eating disorder.

Remember that none of the following indicators can be used as a substitute for an official diagnosis. If you feel like you or someone you love is at risk for an eating disorder, schedule an appointment with a licensed medical professional.

1. You avoid foods you used to enjoy

People with eating disorders often try to avoid foods and drinks that are commonly perceived as high-calorie foods. This may include sugars, fats, and carbohydrates. It usually begins with eating them sparingly or trying to compensate for them when eaten.  As the disorder progresses, it is common to develop the feelings of fear towards these foods and start to avoid them all together.

Do you get anxious after eating your favorite bar of chocolate or do you try to avoid dinners where they serve your favorite pizza? Positive answers to those questions are good indicators that you may have an eating disorder.

People with eating disorders often have very rigid and strict rules regarding when, where and how much they can or can’t eat. As a result, eating out in front of other people can be extremely anxiety-provoking because it comprises the ability to control exactly what one can eat. How is the food prepared? Just ow much butter did they use? And how many calories are in the dish? If you are facing serious stress and worry over social activities that involve eating, don’t hesitate to reach out to a licensed professional.

Excessive exercising is an often overlooked indicator of eating disorders. But how do you define ‘excessive’ exercise? When does working out shift from a healthy habit into obsessive behavior? Here are a couple red flags if you:

The moment you start worrying about whether you’ve exercised enough during the day while you’re also trying to lower your food intake, is when you should reach out for help.

4. You count calories and weigh yourself obsessively

Are you constantly planning what and obsessing over what you’ll have for your next snack? Do you feel the urge to step on the scale multiple times per day? And is your mood determined by the number on the scale? People suffering from an eating disorder typically weigh themselves repeatedly and often decide on their next meal based on how many calories the food contains and how ‘fat’ or ‘skinny’ the meal will be. If you recognize any of the above, don’t feel ashamed to tell someone you trust about it or reach out to a licensed professional.

5. Cook elaborate meals for others

Although people with eating disorders are not able to eat normally themselves, they are often eager to see others eat, and get obsessed over cooking elaborate meals for family and friends. In the Minnesota Starvation Experiment conducted in the 1940s, the male participants who lost 25 percent or more of their body fat became obsessed with food, recipes and cooking. They became collectors of cookbooks and recipes, yet they themselves didn’t eat enough calories during a day. Ask yourself, are you obsessed with food? Do you want to cook large dinners for other people without allowing yourself to eat with them?

6. You drink more to fill your stomach with liquid

It’s typical for people with eating disorders to consume lots of low-calorie drinks in order to fill their stomachs so they don’t eat and feel less hungry. They might even replace an entire meal with a drink. Do you drink more coffee, water, tea or any other drink so you will eat less? Then, you might be at risk for disordered eating or developing an eating disorder.

7. You eat too much at once

Are you regularly eating “too much” food and feel a lack of control over your eating? Do you eat more quickly, even when you are not hungry? If so, this could be a binge. After a binge, someone may feel guilty, ashamed and disgusted by the amount of food eaten, but as opposed to anorexia and bulimia nervosa, they don’t try to compensate their food intake with purging or excessive exercise. If you have binge at least once a week, you might be at risk for developing an eating disorder.

8. You have weird eating rituals

Do you find yourself cutting up your food into extremely small pieces, or do you have to arrange food in a certain order? Strange eating habits are often seen among people with eating disorders. These habits or rituals can be a way of not eating too much or it can be a sign of obsessive compulsive disorder which is often diagnosed as a co-occurring disorder among people with eating disorders. If you recognize any of these symptoms, it’s important to reach out for help.

9. You make negative comments about your body

People with eating disorders often become obsessed with body-image standards set by society, their weight, and appearance. They can spend hours staring at themselves in the mirror, sizing up each and every detail about their body. If you frequently call yourself “fat,” or you are obsessed with your perceived ‘physical flaws’, you might be at risk for developing body-image issues or an eating disorder.