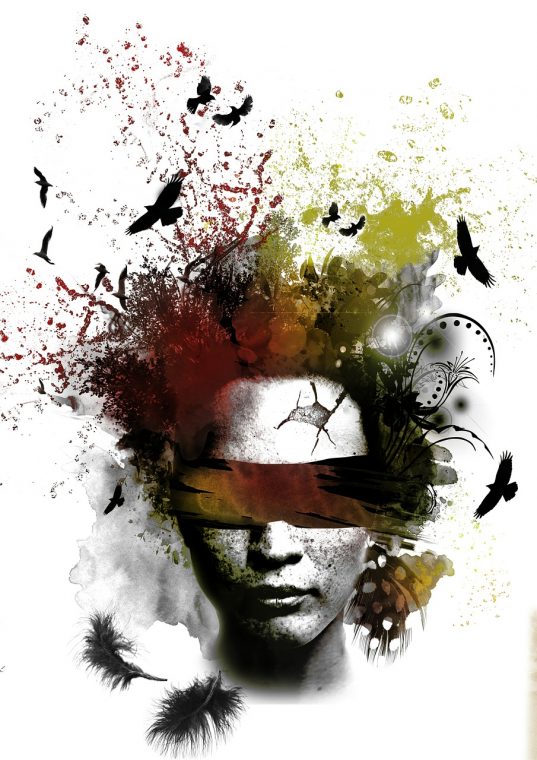 Doubt kills more dreams than failure ever will. – Suzy Kassem

What if I say something stupid?”, “If I act like my true self, they’ll probably find me weird or annoying.”, “If I say no to her dinner invitation, maybe she’ll think I’m rude and I’ll get rejected.”

Doubt. Worry. Insecurity. They are inevitable and a natural part of the human experience. Even though magazine headlines tell us to love and accept our true selves, the fact remains that we’re all our own worst critics, and that we’re constantly beating ourselves up over past sins or mistakes.

It’s that silent voice lurking in the back of our minds whispering things like, “I can’t do it. I’m not good enough. I’m never gonna succeed.”

I consider myself a pretty confident person, but I still feel insecure a lot. Whether it’s about something small like how I look in a new pair of jeans, or something big like a work project or love. Your insecurities might look completely different than mine, but no matter who you are, you can expect to deal with some kind of insecurity in your life. The question isn’t whether you have these insecurities, but whether they stop you from living the life you want to live and doing the things you want to do.

Here are 5 – sneaky – signs your insecurities are sabotaging your life and what to do instead.

1. You constantly compare yourself to other people

You always believe other people are prettier, smarter, nicer, or more successful, and in every conversation you compare yourself unfavorably to someone else, even if the conversation isn’t about you.

Instead: If you find yourself triggered by someone’s Facebook or Instagram post, great! Unfollow those people. In addition, try to remove yourself from conversations where you feel like you’re constantly comparing yourself to the other person.

You always put other people’s needs first, and you constantly find yourself saying “yes” when all you really want to say is “no”. You go out of your own way just to please another person, and because you don’t want someone to view you negatively. A lack of self-confidence and self-worth then easily translate into the need for approval by other people which will only make you more insecure.

Instead: Although it may feel uncomfortable to think about saying “no”, it’s important to remember that each time you say “yes” to something or someone else, you say “no” to you and your priorities. Start small and practice saying no to small – less important – things because as you practice saying no, it gets easier.

No matter how hard you try, it seems like you just can’t turn off the tapes that fill your mind with thoughts like “I will never be good enough.”, “I will fail.”, “What will other people think?”.

Instead: The only way to stop feeling you’re not good enough is to change the negative beliefs about yourself because it’s your perceived reality and thinking that’s hindering you. You have to be willing to believe that you are good enough, right here, right now, and adopt a positive attitude about yourself and the world around you. When you focus your energy on a positive thought, the greater its power to attract its corresponding circumstance into your physical world through – what is called – the Law of Attraction. So go ahead, look in the mirror and tell yourself “I am worthy and I deserve to shine.”

4. You don’t believe you can do anything right

Instead of seeing the silver lining, you focus all your energy on everything that could go wrong. You never think about what could go right, but automatically assume you will fail in all your – future – endeavors.

Instead: Celebrate your accomplishments, no matter how small. Think back and reflect on all the times you succeeded, did something right, achieved something, and overcame obstacles and setbacks.

Instead of saying “thank you” when someone compliments you about your outfit or something you did for them, you reject whatever nice thing they said about you.

Instead: It’s not up to you to decide whether someone else thinks you are good at something, beautiful, or funny. So if someone compliments you, do yourself and everyone around you a favor and just believe them, followed by a simple “thank you”.

Insecurity can be overwhelming and debilitating, but it doesn’t have to be! Just because you don’t feel like you are capable of doing something you want to do, doesn’t mean you actually aren’t. So the next time your insecurity is controlling your mind and your life, remind yourself that you are strong and capable enough of doing whatever it is that you want to do!